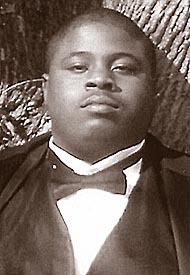 Victor Lamont McElroy, age 33, of Dayton, Ohio, transitioned from this life on Saturday, Aug. 29, 2020, at Miami Valley Hospital in Dayton, with his mother by his side. Victor (Boo) was born Aug. 21, 1987, to Dorothy Baxter Conyers and Lamont McElroy in Springfield, Ohio.

Victor truly enjoyed life to the fullest with friends and family and spending time with his mother and siblings. He would give anyone his last without even thinking about it. He was an avid Steelers and Ohio State fan. Victor loved people and loved to make them laugh. He adored his nieces and truly loved the Lord and his family.

He was preceded in death by his dad, Michael M. Conyers; his great-grandparents, Richard and Dorothy Sneed, David and Helen Baxter and Willie and Rosie Bush; and his uncle, Richard Sneed.

A graveside service was held on Wednesday, Sept. 16, at Glen Forest Cemetery. Arrangements were entrusted to Porter-Qualls-Freeman Funeral Home.