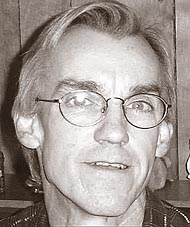 Danny was born on March 13, 1957, and attended Yellow Springs schools. In his early adult years, a job took him to Houston, Texas, where he met the love of his life, Denise Rebecca Morrison. The couple married on May 2, 1983, and after several years, they moved back to Yellow Springs with their two young children to be closer to family. Danny started “Dandy Construction” in town, employing many local residents over the years.

For many years, Danny enjoyed taking his family and friends boating and camping. He loved being a “handyman” and helping neighbors, especially the elderly. Danny was a problem solver and took on many difficult and unwanted projects. He was loved by many and will be deeply missed by all who knew him.

Danny was proud of his family, especially his grandchildren. He loved to spend time with them and they loved their “Poppo.” He is survived by his children, Chase Alexander, of Enon, Ohio, and Chelsea (Ben) Witters, of Centerville, Ohio; his grandchildren, Jacob and Olivia Witters, of Centerville, Ohio; his father, James Alexander, of Yellow Springs; his brothers, David Alexander and John Alexander, and his sisters, Kathryn (John) Malone and Ruth (Eugene) Murphy, all of Yellow Springs; and numerous nieces, nephews and cousins.

A small graveside memorial with family and friends will take place at a later date. His remains will be interred at St. Paul’s Catholic Cemetery.

One Response to “James ‘Danny’ Alexander”