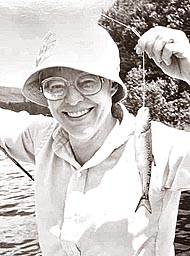 Suzanne Shaw Rudolf, aged 83, passed peacefully on Jan. 12, 2021. She was born in Toledo, Ohio, and was raised in California and Washington, D.C. She attended Antioch College where she studied art and met Don Rudolf. They were married and spent their early years living throughout New England and the east coast before retiring in Yellow Springs.

Always creating beauty, whether with thread, gardening or paint, Sue shared her talents and gifts generously. She mastered many subjects, including clay, mosaic and pottery, linocut, art quilting and embroidery and often hosted sessions with artists. She knitted sweaters and hats for family and hundreds of preemie-caps, which she donated to hospitals. She belonged to numerous art groups — Dayton Embroiderers Guild, Monday Morning Artists, YS Textile Group — and had many solo and group shows over the years. She was a member of Village Artisans co-op in the ’90s. She mentored many artists over the years, encouraging all to move beyond their creative boundaries.

Sue was a Master Gardener and volunteered with the Native Gardener group at Cox Arboretum and worked tirelessly on her own gardens and shared her expertise with friends and family. She was on the YS Garden Tour several times.

A grandmother extraordinaire, Sue let the kids make big messes as they created artworks together — a children’s “taste and smell” garden, for example. She listened deeply to what they were interested in, always giving love and encouragement.

Sue was preceded in death by her parents and her brothers, Barry and Bob. She is survived by her husband of 62 years, Don Rudolf; her sons, Dan and Jon; and three grandchildren, Eric (Sloane), Melanie and Lilli.

Please think of Sue whenever you create. We hope to have a retrospective of Sue’s work at a local venue soon. Donations in Sue’s memory may be made to Glen Helen at http://www.glenhelen.org/donate.