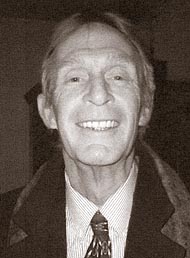 Ed was born on March 19, 1947, in Cincinnati, to Virginia Webster Oxley and Charles Morris Oxley, MD. Ed lived in Troy, Ohio, after the age of 3, attending Kyle Elementary, Van Cleve Jr. High and Troy High School. He graduated from Troy in 1965 and from Miami University in 1969.

Ed owned and operated the Earth Rose International Imports store in Yellow Springs for 50 years. He had many friends and was part of a large family. He loved the natural world and took good care of his dogs, cats and the piece of wooded Earth he called his own. His property, in Tipp City, was a flowering paradise from early spring through late autumn, with snowdrops, daffodils, daylilies and other perennials that he had planted all over. He took care of his woods by gathering fallen timber, cutting up large pieces for firewood and burning the brush in bonfires, while enjoying the fire with an occasional cocktail.

Friends and family members, responding to the news of his passing, have written:

“Everyone who ever met Ed became his friend.”

“Ed was a very gentle man.”

“I feel so sad, but lucky to be a part of his extended family.”

Before he passed, Ed told us to say that he loved his family members and his many friends and that he loved the natural world and all of its processes, weather, environments, all animals and plants.

Ed explored the world. After college, he went to Germany, bought a Volkswagen, and drove it all over Europe. In 1972, he visited his brother in France, bought an old Mercedes and drove to Spain and Morocco, where he bought rugs, clothing and other items for his store, the Earth Rose. Other trips Ed took included expeditions to the Himalayas in Nepal and India, to Egypt, and to the border areas between Russia and China.

Ed enjoyed good hand-eye coordination. He could hit a curveball, was good at football and tennis, and was a low-handicap golfer. He could catch a fish. He was a good storyteller and enjoyed making his friends laugh. He hosted great Fourth of July parties and was a member of several groups of golfers associated with the Troy Country Club. Ed would spend hours each day reading on a wide range of subjects. He liked ancient and medieval history and history of Indigenous peoples and books about natural healing, gardening, and animals. He often mentioned the writings and the life of John Muir.

Left to remember the good times are his life partner, Mary Tackett, and her son, Zachary Murray, of Woodland Park, Colo.; Ed’s stepson, Seth Richards, and his wife, Shannon, of Philadelphia, Penn.; three sisters and a brother, Judy Furnas and her husband, Walter, of Delaware, Ohio; Ruth Jacob, of Kettering; Kathie Whitt and her husband, John, of Cynthiana, Ky.; and Robert Oxley, of Ormond Beach, Fla. Ed had 12 nieces and nephews and around 20 grandnieces and -nephews, who all love him — and, of course, his many friends.

Visitation was held Tuesday, Feb. 9, at Frings and Bayliff Funeral Home in Tipp City, followed by interment at Riverside Cemetery in Troy. Online condolences may be expressed at http://www.fringsandbayliff.com.

In lieu of flowers, friends and family may donate to a non-kill animal shelter, such as the Miami County Animal Shelter (www.co.miami.oh.us/110/Animal-Shelter) in Ed’s honor.

One Response to “Edward Webster Oxley”