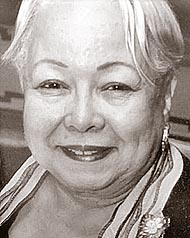 Barbara Altamese Oliver Davis, age 92, made her transition to heaven on Sunday, Aug. 22, 2021, at her home. She was surrounded by family who never left her side after suffering a stroke on Aug. 12, 2021.

Barbara was born to Jesse D. and Amanda Burr Oliver in Jacksonville, Fla. on Feb. 24, 1929. At a very young age she moved to Albany, Ga. to live with her great-grandmother, Nancy Sims, and great-aunt and uncle, Agnes and Thomas Hunt.

Barbara’s education started in Albany, Ga. at Lasters Elementary School at the tender age of 4, where she remained from grades one through eight. She graduated from Madison High School in Albany at the age of 16. Barbara had always aspired to become a registered nurse, but because of her young age, she could not start nursing school until she reached the age of 17. After one year attending Albany State College, Barbara was accepted to the Grady Hospital School of Nursing, Atlanta, G.. She graduated in 1949 and began her nursing career on the “colored” wards at Phoebe Putney Memorial Hospital in Albany. She spent weekends going to dances with her friends, and eventually met her future husband and married in May 1956.

Much happened in the next 10 years for Barbara, including several moves, the births of three daughters and the onset of the Civil Rights Movement. In the early 1970s, after years of dedicating her life to raising her daughters, she returned to nursing by restarting her career at Charles Drew Health Center in Dayton, Ohio. In 1976, Barbara accepted an instructor position at the then Greene Joint Vocational School for the first diversified health occupations class, benchmarking a program that is still in existence and in high demand. While working full time and raising her three daughters as a single parent, Barbara continued her education, earning her Bachelor of Science degree in education from Central State University and graduating cum laude in 1978. In the following years, Barbara went on to take graduate level courses, and in 1984, she was inducted into Wright State University’s Chapter of Phi Delta Kappa.

After 22 years of service, Barbara retired in 1998, living life on her own terms. Barbara enjoyed knitting, calligraphy, traveling, visiting with her grandchildren, collecting recipes and playing Solitaire on the computer. Barbara was also a “Star Trek” fan and had a video cassette collection of every TV show and movie in the franchise. In addition, she was a history buff who also enjoyed reading the tabloids and grocery store romance novels.

Barbara was raised in the Southern Baptist Church. Her Christian education began at Mount Calvary Baptist Church in Albany where, she recounted, she spent more days in church than not while growing up. For close to 50 years, Barbara was a faithful member of Central Chapel A.M.E. Church in Yellow Springs.

During that time, she served in numerous positions: as steward pro tem, senior choir president, chairperson in Christian education, superintendent for Sunday school, usher, and member of the Youth Meditation Council. Barbara was not only a member of the Lay Organization, but held various posts and offices for the Connectional Lay Economic Development Corporation, or CLEDC. She was a hard worker when it came to spearheading fundraisers, particularly the Mongolian BBQs often held by the church. Barbara also volunteered her materials and time for making dresses and pants for children in Haiti. She will be fondly remembered for the seafood gumbo dinners that she hosted in her home.

Barbara never met a stranger and had a natural ability to make all who came near her feel welcomed, especially with her enduring sense of humor. She embraced technology, and strongly supported the COVID vaccine. When asked if she wanted to have the COVID vaccine, her response was, “Why wouldn’t I?” Barbara loved singing, conversation, sharing her family history, and the company of others; for that, she will truly be missed.