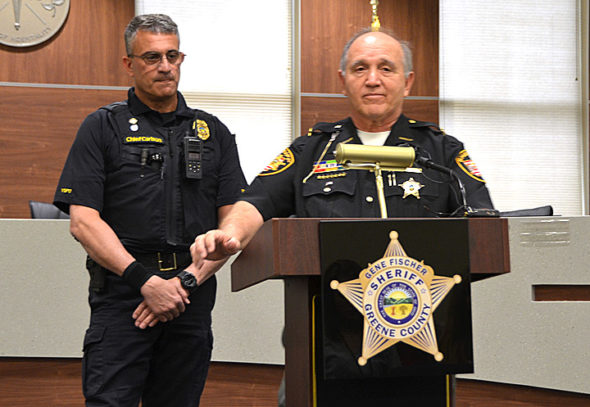 An email from the Sheriff’s Office sent to local media Tuesday night said that Fischer had been attending an Ohio sheriff’s convention in Sandusky when around 9 p.m. he “suffered a medical emergency.” He was taken to a nearby hospital “where he was pronounced dead shortly after.”

Fischer, 65, was first appointed sheriff in 2003 and returned to office by county voters in subsequent elections. Prior to his tenure as sheriff, Fischer served 20 years as a Xenia police officer.

For those with concerns over COVID, the service will be live-streamed to a separate room, which will accommodate social distancing.