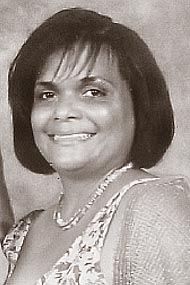 Stephanie Harshaw-Butler was called home to be with our heavenly father on Aug. 27, 2022, from Miami Valley Hospital in Dayton, Ohio. Stephanie was born to Nan Harshaw and Leonard Harshaw in Springfield, Ohio, 62 years ago.

After graduation, Stephanie matriculated to the University of Cincinnati, where she studied communications. She landed her first job at Channel 16 as a traffic coordinator, where she ensured the station’s creative projects were completed on time, under budget, and met with the station’s quality standards. She enjoyed working at the station and stayed there until her first child, Kennedy, was born. Afterwards, she found another job at the Dayton Foundation, with more stable work hours for the new mother.

A very good friend returned to town in the mid-’90s, and later became her husband. Stephanie and Kaner were finally married in ’97 after dating off and on for over 10 years. They welcomed a third child, LK, later that year, and their oldest, Sierra Nicole, from a previous relationship, would complete their family in ’02.

The Harshaw-Butler family worked and remained in Dayton until ’06, when Kaner closed their dry-cleaning business to accept an opportunity in Maryland. While Kaner commuted from Maryland to Dayton, they felt safer moving to Xenia while he was away, so the kids could attend Yellow Springs’ schools, just as their parents had.

Stephanie worked for the YS Board of Education, sporting events and after-school activities in the village. Kaner returned to Ohio when Stephanie contracted Bell’s Palsy and they moved back to the Dayton Area; there they remained until the good Lord called Stephanie home.

Stephanie was preceded in death by her father, Leonard Harshaw. She is survived by her mother, Nan Harshaw, of Huber Heights; her husband, Kaner Butler, Jr., of Huber Heights; her daughters, Kennedy Ann Harshaw and Sierra Nicole Butler, of Centerville; her son, Kaner Butler IV, of Columbus; her brother and sister-in-law, Steve and Yvonne Harshaw, of Xenia; her nephews, Nolan and his partner, Thomas, Harshaw, of Columbus, and Aaron Harshaw, of Yellow Springs; and two very special friends, Yvonne Miller, of Cincinnati, and Sherri Crowe, of Dayton; along with a host of very close cousins, and friends.

A memorial service will be held at Central Chapel A.M.E. Church in Yellow Springs on Tuesday, Sept. 6. Visitation will be from 6 p.m. until the time of the service, at 7 p.m., with the Rev. Dr. John E. Freeman as eulogist and Pastor DeBora Duckett officiating. Social distancing protocols will be observed, and face masks will be required.

One Response to “Stephanie Harshaw-Butler”