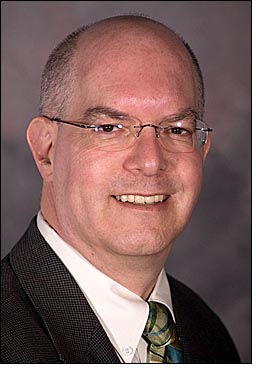 Dr. Michael Fishbein, currently provost at Daniel Webster College in Nashua, N.H., was selected as the school’s new president, succeeding Barbara Gellman-Danley, who left the position last summer. According to a March 4 press release, Fishbein will begin his new job on July 1.

In the press release, Antioch University Chancellor Toni Murdock stated, “I am very excited to have Michael Fishbein join Antioch University. He brings a wealth of talent, knowledge and energy that will benefit McGregor.”

Fishbein was not available to talk to the press this week, according to Antioch University Director of Public Relations Lynda Sirk. Fishbein did not return calls seeking comment.

In the press release, Fishbein stated, “The values Antioch stands by and what I live by are exactly the same. I am pleased to come to Antioch McGregor because it matters — they contribute something that is unique.”

Fishbein served as provost for five years at Daniel Webster. Originally known as the New England Aeronautical Institute, the college was founded in 1965, and specializes in programs in aviation, according to Wikipedia. The school, with 750 day students and 400 evening students, also offers adult degree completion programs.

In a March 4 press release on his new appointment from The Earth Times, Fishbein stated that, “At first glance, the program profiles of Antioch and Daniel Webster could not be more different. What unites them, and why I felt a kinship for Antioch, is that both share the commitment to higher education as a pathway to a better, safer, more productive world. Both are small and affirm the values of human community.”

Fishbein’s experience with and enthusiasm for adult education, which is McGregor’s mission, contributed to his being selected from four finalists, according to search committee member Phil Parker of the Dayton Chamber of Commerce. Parker is chair of the newly-created McGregor Board of Trustees, and together he and Fishbein will constitute the board, Sirk stated.

“We chose Dr. Fishbein because he had an outstanding record in higher education, a wonderful knowledge about the mission we want to accomplish at McGregor and a wonderful passion about that mission,” Parker stated.

According to Young’s Jersey Dairy CEO Dan Young, who was the Yellow Springs representative on the search committee, Fishbein’s interpersonal skills and his ability to serve as an ambassador for McGregor also contributed to his selection.

“He’s a person who can talk both one-on-one with people or with a group,” Young said. “He connects with people when talking, and he listens well.”

Daniel Webster College received regional publicity last fall by instituting one of the nation’s first programs in homeland security. In an October 2007 Nashua Telegraph article, Fishbein was cited as the chair of the homeland security program committee.

When Fishbein visited McGregor in February with the other finalists, McGregor faculty and staff raised concerns about Fishbein’s connection with the homeland security program, according to a McGregor faculty member who asked to remain anonymous.

According to Sirk last week, there has been no discussion about a homeland security program being introduced at McGregor.

Fishbein holds a bachelors degree in psychology from Bernard M. Baruch College of the City University of New York, and masters and doctorate degrees in social psychology from Clark University. According to the Antioch University press release, Fishbein has written and presented on such topics as information control, the science of inhumanity, academic computing and academic leadership.