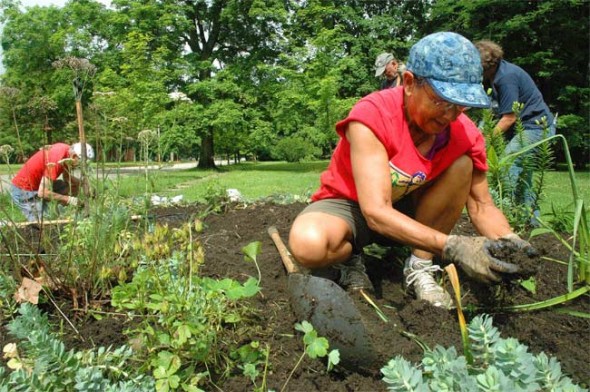 “We all came this week because Antioch gave so much to us,” said work project organizer Penny Storm, class of ’65.

“Some of us are more able to do things physically than put money in the pot, though we need money in the pot,” said Mac Palmer of Missoula, Montana, who first proposed the annual work project in 1985. The idea is based upon work he did as an incoming Antioch freshman in 1955, when students helped build the Glen Helen Cedar Center at orientation. 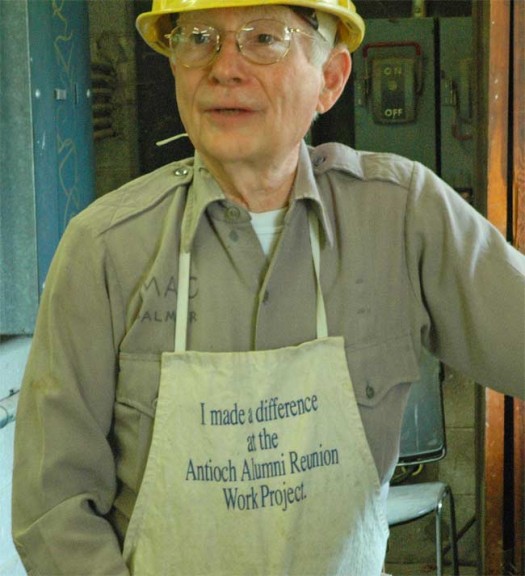 While vigorously weeding a flower bed on Livermore street, class of ’66 alumna Roz Houseknecht said, “This is important because Antioch is about community and this is community service.”

Pennell House is one of the buildings undergoing extensive renovation during this year’s work project. Named after Rebecca Pennell, the first female professor at Antioch on equal standing with her male colleagues, the house will be used as a community space for students and may additionally be rented to a local non-profit or used for a green business incubator, said Julian Sharp, manager of volunteer work at the college.

While the pre-reunion work project is the largest of the year, there are seven to eight other work projects scheduled throughout the year as the re-opening college renovates its buildings and beautifies its campus. Thanks to this year’s volunteers, which includes both alumni, their friends and family and local supporters, the campus will shine for this weekend’s alumni celebration.