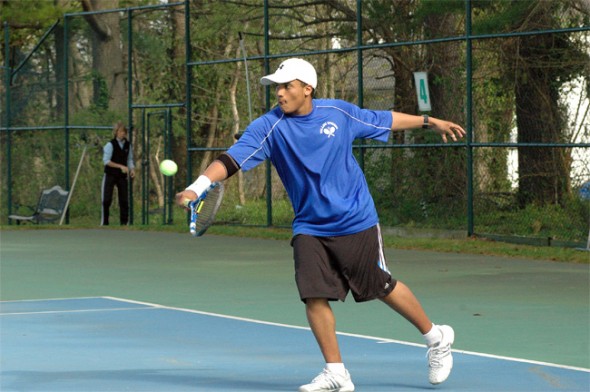 Addison Pettiford's powerful one-handed backhand was too much for his Dayton Christian opponent. He won the first-singles court in straight sets. (Photo by Megan Bachman)

The Yellow Springs High School tennis team cleaned up on Thursday, winning all five courts to improve to 4–4. Against Dayton Christian, at both singles doubles, the Bulldogs were dominant. Winning in two sets were first-singles player Addison Pettiford, first-doubles team Will Turner and Isaac Haller and the second-doubles pairing of Nicky Sontag and Quinn Leventhal. Aldo Duque prevailed in three sets. Dayton Christian forfeited the third-singles court. 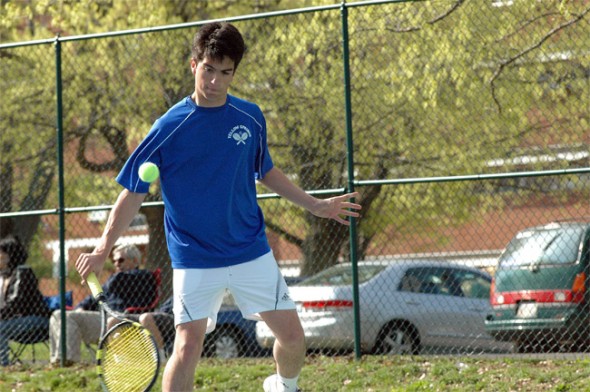 Aldo Duque sliced a backhand at his opponent in a three-set win. 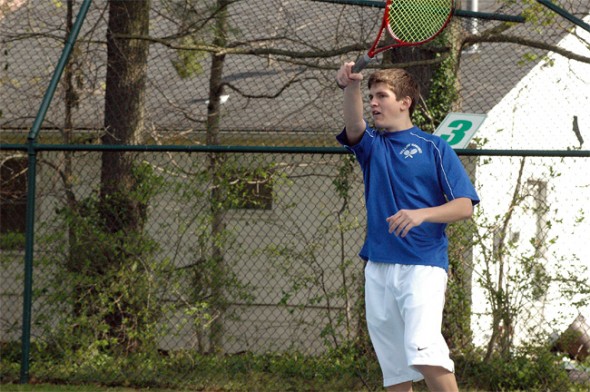 Isaac Haller returned a serve in the first-doubles victory. 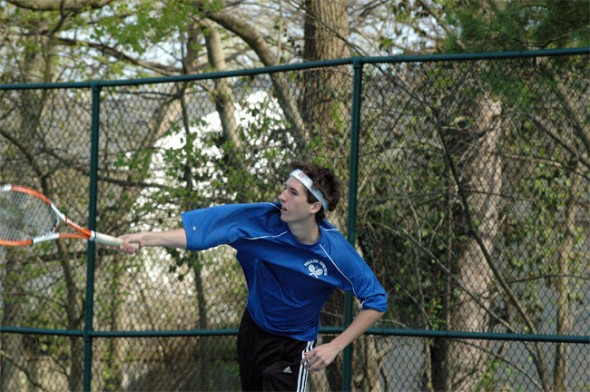 Will Turner smashes a serve on the first-doubles court.