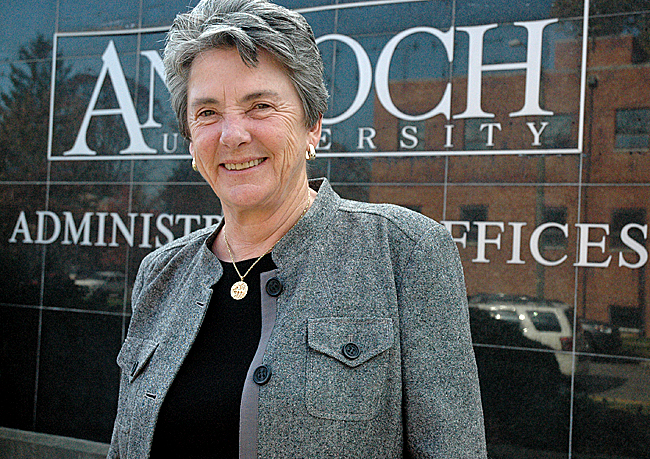 During her tenure, Murdock led the institution through its separation from Antioch College, which the university closed in 2008. She also helped to create a new governance system, increased the university’s financial reserves and arranged new offices for the university administration and its public radio station WYSO.

“Toni has really done a terrific job of guiding the university through some very tumultuous times to the stable situation we’re at now,” said Antioch University Board of Trustees Chair Larry Stone.

The university increased its financial reserves from $3 million in 2008 to $20 million today and has since built its endowment from scratch to $7.5 million. Headquartered in Yellow Springs, Antioch University is a tax-exempt accredited university with five campuses across the nation and 4,000 adult students in undergraduate degree-completion, masters and PhD programs.

Murdock stepped into the role of interim chancellor in the fall of 2005 while still the president of Antioch University Seattle. When the search for a new chancellor failed, Murdock was named the chancellor the following year.

Murdock described her tenure as a difficult challenge worth her time.

Read the Nov. 10 issue of the News for the full story.