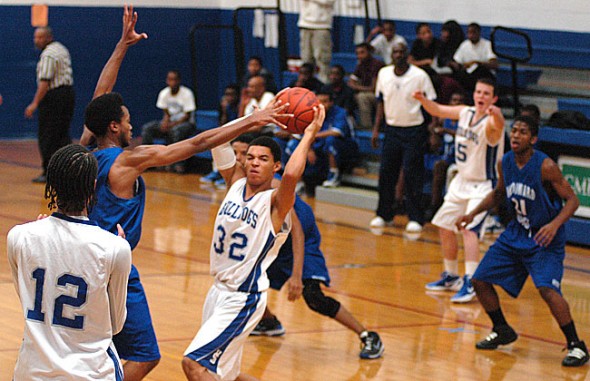 In its first week of action, the Yellow Springs High School boys basketball team won its season opener with a career game from Cole Edwards and played hard in a scrimmage with a Division I school.

The Division IV Bulldogs (1–0) stayed with, but ultimately fell to, Cincinnati Woodward on Tuesday 91–58 in a charity game benefitting local organization Simply Women. Later in the week, they hosted London and won 66–58. Forward Cole Edwards had career highs in both points and rebounds. He notched 22 points on the night and brought down 14 rebounds. Greg Felder Jr. added 14 points, seven rebounds and five assists. Robbie Jones poured in 13 points while Roland Newsome and Jacob Roe grabbed 10 rebounds each. 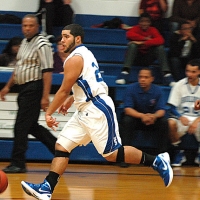 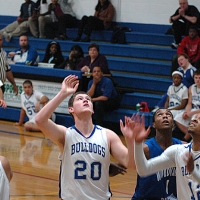 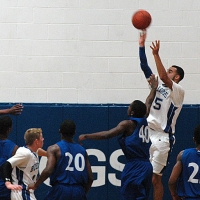 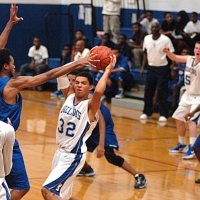 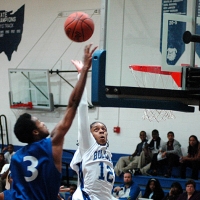 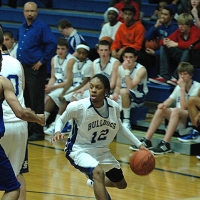 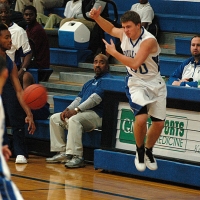 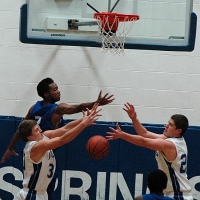 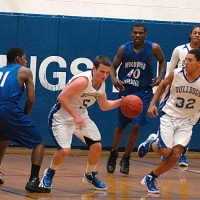 “Success for this team is going to be whether they live up to their potential,” Coach Brad Newsome said last week, adding that the team could compete for the conference title. Last year the team went 6–6 in the Metro Buckeye Conference (8–12 overall).

Read more about the team here.

The girls varsity basketball team got their first win of the season at home against Emmanuel Christian on Thursday after dropping their season opener on Monday. The girls are now 1–1 (1–0 in the Metro Buckeye Conference).