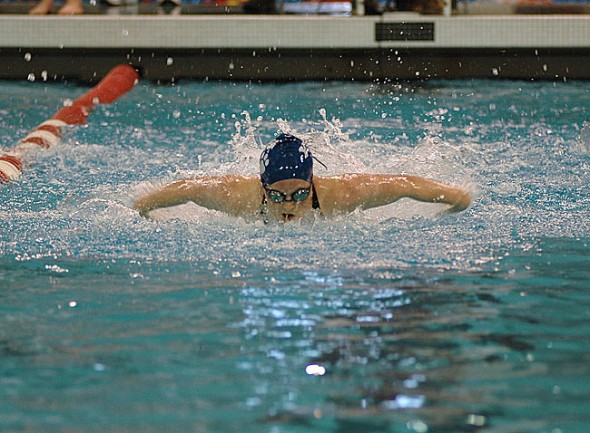 Elizabeth Malone's butterfly was unmatched at the district finals on Saturday. She won the title in the 100-yard fly and advances to next weekend's state finals. (Photo by Megan Bachman)

With collegiate scholarships in hand, the district finals were all about pride for senior Bulldog swimmers Elizabeth Malone and Erika Chick. And they didn’t leave disappointed. The duo qualified for the state finals in individual events for the fourth year in a row.

Malone defended her district title in the 100-yard butterfly, finishing in 56.58 (just shy of a new meet record). She automatically qualified for states with the performance.

In addition, Malone’s finish in the 200-yard individual medley (2:09.22), will likely be fast enough to qualify for the state finals. Malone came in fourth place after winning the second heat in convincing fashion. Chick might swim the 100-yard freestyle in Canton next weekend if her fourth-place time of 53.40 holds up.

Zoey McKinley and Rachel Meyer joined Chick and Malone in the 200-yard medley relay and came in 19th place in 2:08.21. They dropped their time by five seconds from the sectional meet, but were one second slower than at last year’s districts.

Read the full story in next week’s News. 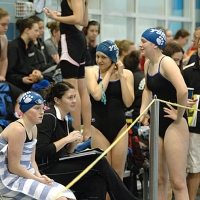 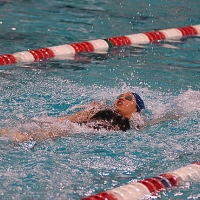 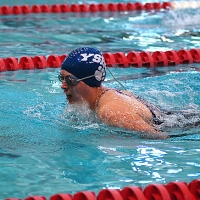 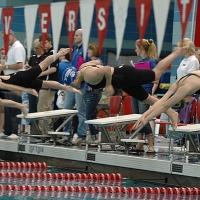 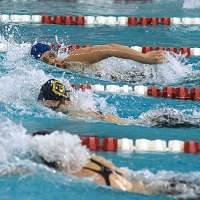 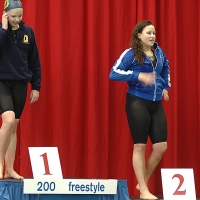 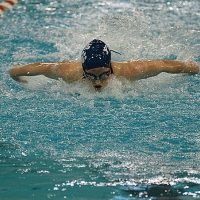 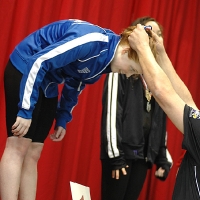 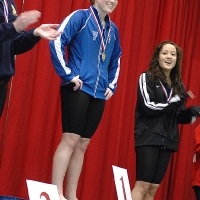 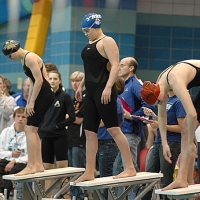 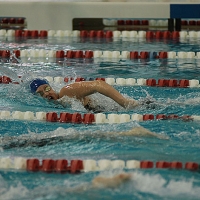 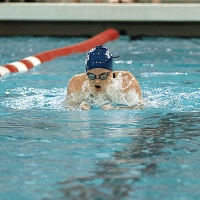 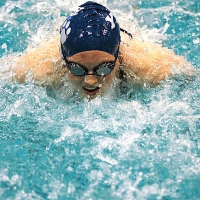 Chick and Malone were equally dominant at last year’s district meet. Watch a video of their performances: