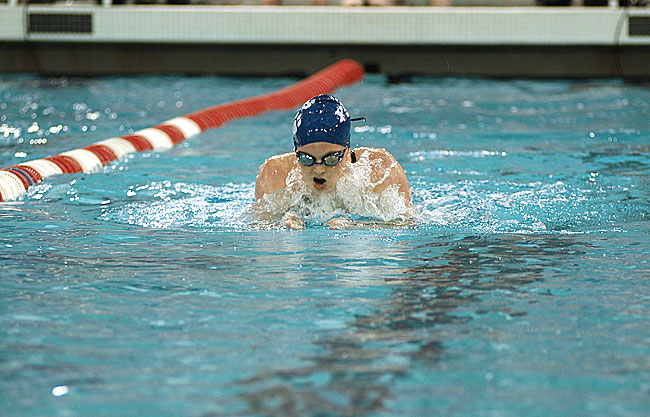 YSHS senior Elizabeth Malone finished seventh in the 100-yard butterfly at states this week. Here she swims the 200-yard medley at last week's district tournament, where she won the 100 fly title. (Photo by Megan Bachman)

For the fourth year in a row, Chick and Malone ended their season in the final heat of the state finals and within sight of a state title.

Malone finished seventh in the 100-yard butterfly (57.55) after taking the district title the week prior. Chick’s 1:54.16 finish in the 200-yard freestyle earned her seventh place. She was the runner-up in the event at districts. 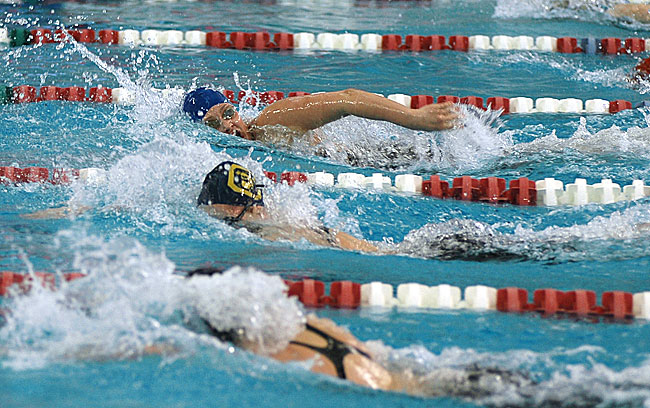 Erika Chick was the runner-up at districts in the 200-yard freestyle at district last week. She placed seventh at states (Photo by Megan Bachman)

Malone also swam the 200-yard medley at the state finals in 2:10.40. She finished in 10th place from the second heat. Chick almost matched her district lifetime best time in the preliminaries of the 100-yard freestyle, finishing with 53.67, in 18th place.

Together, Malone and Chick scored 31 points in their races. As a team, they finished in 19th place out of 44 participating schools.

Both swimmers have scholarships to swim at NCAA Division I colleges next year. Malone will swim for St. Bonaventure University and Chick will join the swim team at Cornell University.

See a photo gallery and video of the swimmers here.