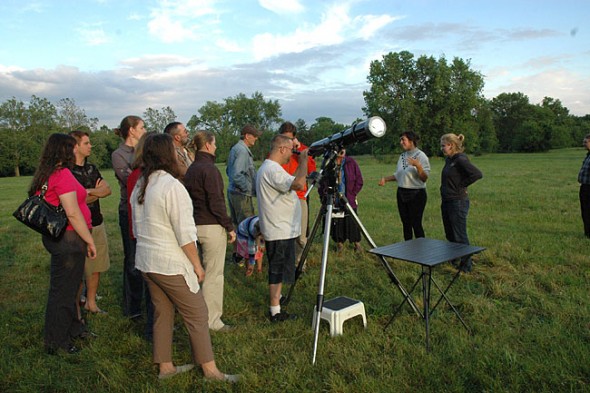 Miami Valley star gazer Pat Craig set up a refractor telescope on the Antioch College golf course last Tuesday, June 5, for this century’s only chance to see Venus transit the sun. Clouds delayed the event by several hours, but the telescope caught several intervals of clear skies during which villagers were able to see a tiny black speck crossing in front of the bright orange disk. Kids used a stool to reach the telescope, while others used a thick cellophane to try to watch the event without damaging their eyes. 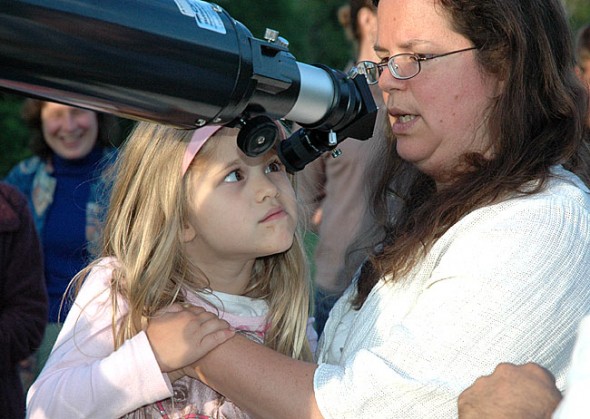 Zan Holtgrave strained to glimpse the planets in motion in the space above, while her mother Amy Magnus steadied her. 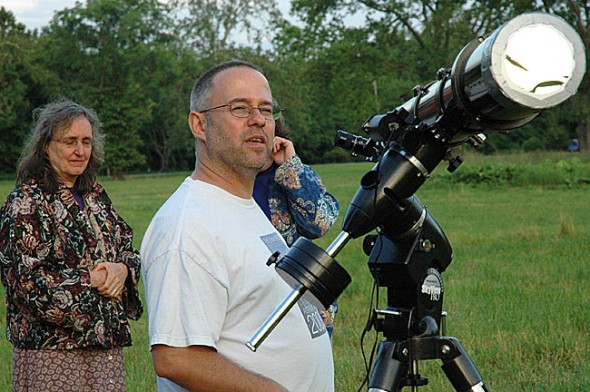 Pat Craig shared the view from his telescope.