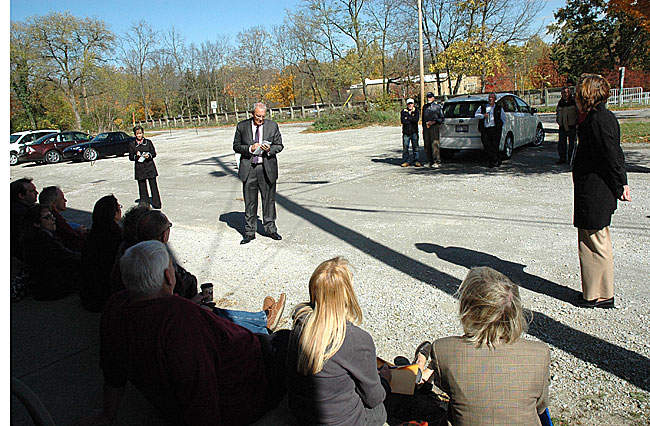 Live auction at Railroad and Dayton Streets on Thursday, Oct. 18.

The Village of Yellow Springs purchased the vacant property at the corner of Dayton and Railroad Streets yesterday at auction. As one of two parties bidding on the .727-acre lot, the Village took the property for $170,000, through Village Manager Laura Curliss, who spoke for the Village. Opening bidders Jim and Libby Hammond declined to raise their original bid of $150,000.

Property owner Matt Arnovitz said he could not get enough tenants to commit to leases to build the commercial and residential “Village Station” development he and architect partner Ted Donnell have planned for it the past four years.

“I hope the Village has great success with it,” he said yesterday after the sale.

More on the story will appear in next week’s News.