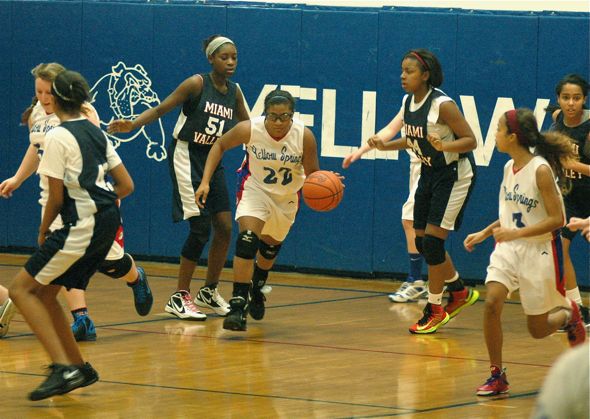 Elizabeth Smith emerged from a melee with the ball during the McKinney girls win over Miami Valley Saturday. Smith took the ball down for an easy layup. (Photo by Megan Bachman)

McKinney girls come back to win

The McKinney eighth-grade girls basketball team showed resilience and discipline in a come-from-behind victory against Miami Valley on Saturday morning. Down 11–6 at the half, the Lady Bulldogs battled back in the third with a 9–5 run. Anchored by a strong defense that caused turnover after turnover and solid ball movement, the team climbed back to within two points by the third quarter’s end.

To start the fourth, Elizabeth Smith of Yellow Springs drove strong to the hoop to score on a layup and draw a foul. She swished the free throw to give her team its first advantage, 17–16. Smith’s dominance in the paint and from the stripe, several outside three-pointers and good defensive rebounding spurred the Lady Bulldogs to extend their lead. By the final buzzer, they were up 25–20. 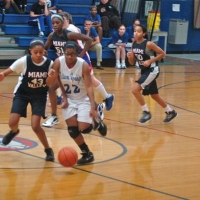 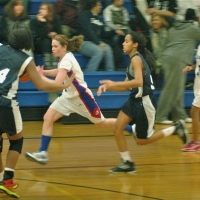 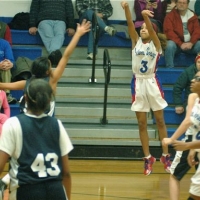 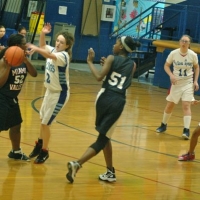 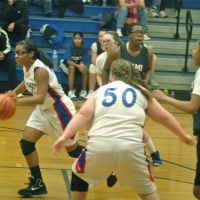 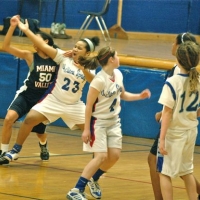 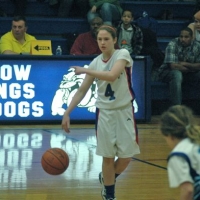 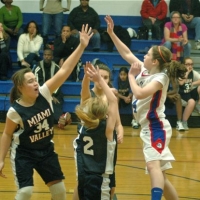 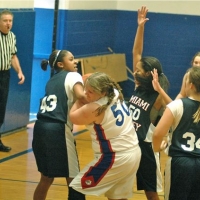 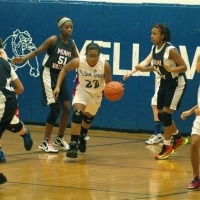 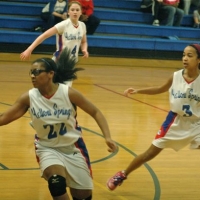