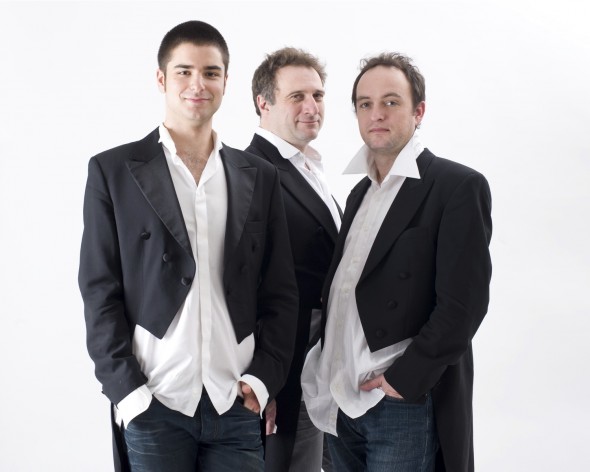 The Vienna Piano Trio, hailed by the Washington Post as one of the “world’s leading ensembles of piano, violin and cello," will perform Sunday, Feb. 24.

One of the “world’s leading ensembles of piano, violin and cello” — in the words of the Washington Post — The Vienna Piano Trio will be featured at the third Chamber Music Yellow Springs concert on Sunday, Feb. 24 at 7:30 p.m. at the First Presbyterian Church.

Founded in 1988, the trio has won numerous prizes at international competitions and had among its most important mentors Isaac Stern, Ralph Kirshbaum and Joseph Kalichstein, as well as members of the Trio di Trieste, the Beaux Arts Trio and the La Salle and Guarneri Quartets. In September of 2012, Bogan Bozovic joined Matthias Gredler, who plays violincello, and Stefan Mendl, who plays piano, as the ensemble’s new violinist. Since the fall of 2006, the trio has been ensemble-in-residence at Vienna’s Konzerthaus Mozartsaal. Currently, the Vienna Piano Trio is ensemble-in-residence at BBC’s series at St. Luke’s in London.

The ensemble regularly records and has won great acclaim. A May 2009 Haydn recording was given five stars by BBC Music Magazine and was awarded the Echo Klassik Prize 2010. The trio’s latest recording, Saint-Saëns: Piano Trios, Opp. 18 & 92, was released in the fall of 2012 and is receiving rave reviews.

The CMYS program includes pieces by Josef Haydn, Ludwig von Beethoven and Camille Saint-Saëns. Concert tickets can be purchased in advance at http://www.cmys.org. Individual tickets cost $20 per adult, $7 for students. To make reservations or attend a post-concert dinner with the artists, call 937-374-8800.