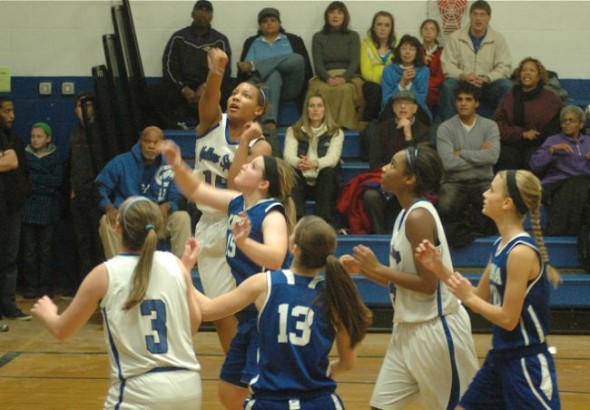 Kennedy Harshaw grabbed an offensive rebound before putting in a layup in the fourth quarter of the Lady Bulldog's win over Xenia Christian on Friday. Harshaw was dominant under the hoop. (Photo by Megan Bachman)

YSHS point guard Maryah Martin started off the game with a four-point play (a three-pointer and foul shot) and an effortless drive to the paint and layup. Forwards Angela Allen and Kennedy Harshaw added baskets from the post. The Lady Bulldogs led 12–7 at the end of the first.

But Xenia Christian wouldn’t fade away, and in the third quarter went on a scoring run and found themselves up 36–33 with two minutes remaining in the third. For the rest of the game, however, Allen and Harshaw were formidable on the boards, putting in second and third chances on possession after possession. Meanwhile, Ayers continued her scoring campaign, Martin handled the ball calmly under pressure and Keturah Fulton, along with her teammates, put up a strong defensive front.

The Lady Bulldogs won 55–45. They are now 9–1 in the conference with a show-down at Troy Christian next Friday, Feb. 8, at 5 p.m.  to decide the conference victor.

Read more in the Feb. 7 issue of the News. 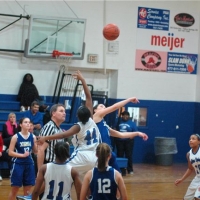 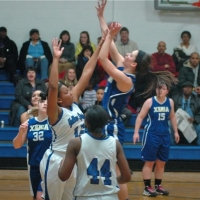 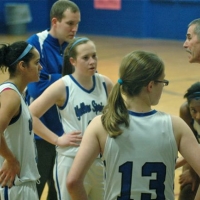 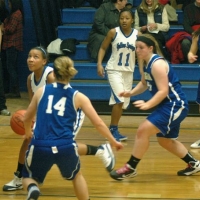 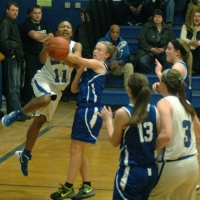 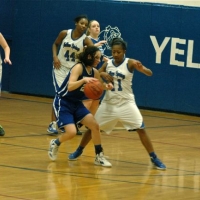 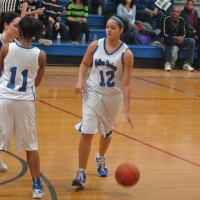 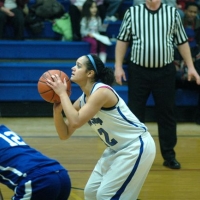 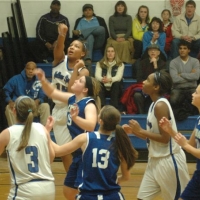