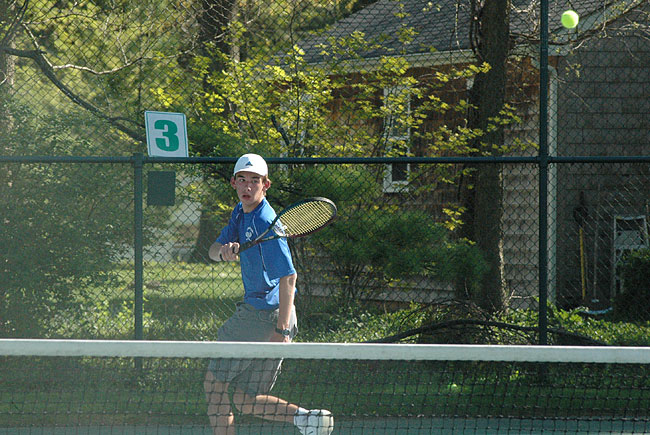 Gabriel Day returned a forehand during his win over a Fairborn opponent on Wednesday. (Photo by Megan Bachman)

On a sunny day at the Antioch College courts on Wednesday against Fairborn, the YSHS co-ed tennis squad looked for its second win in a week. The Bulldogs came within a court of besting the Division I visitors, but lost 3–2.

Winning were second singles player Grant Reigelsperger, whose consistent groundstrokes gave him the win in two sets (6–3, 6–3), and the second doubles pairing of Henry Potts-Rubin and Reed Huston, who overcame a second set loss to prevail in the third (7–5, 3–6, 6–1).

Later in the week the team fell to MBC conference champ Miami Valley. Their record is 1–12 after defeating Stivers two weeks ago.

Read more in the May 8 issue of the News.