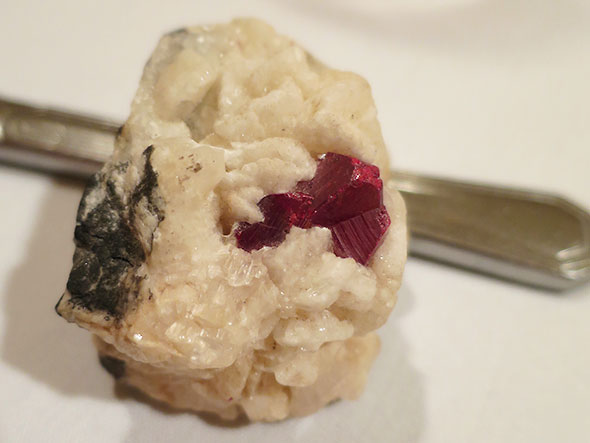 In 1999, a certain children’s adventure novel hit the New York Times bestseller’s list and stayed there. Its main character’s distinctive John-Lennon-like glasses could be found in every optometry store. I was not aware of Harry Potter yet but, when I tried on those frames while wearing contacts, I liked them enough to pick up a pair. The purchase proved a mistake. Once I had my strong prescription fitted to the frame, only then did I realized how much peripheral vision I lost beyond the limits to the small circular lens. Harry Potter’s own eyes must have a laser focus.

Mid January this year, my regular pair of glasses lost a nose pad. In a careful persevered case, my Harry Potter glasses were there—just pristine as they were when I first purchased them, blissfully light in weight and still sharp in focus. My past objection to the frames was now no longer as relevant. My 47-year-old eyes will soon need bifocals and, for now, I can appreciate a smaller lens which I can look around easily to perform the close work required for photography.

So it seems fitting that one recent Sunday afternoon I should find a copy of Harry Potter and the Sorcerer’s Stone sitting on the book shelves at the Spirited Goat. I pulled down the first volume of J.K. Rowling’s adventure series and read the first two chapters to my daughter. She attended to the reading with an ignited curiosity asking after Harry’s family as the story slowly unfolded: “Was it really safe to leave Harry on the doorstep that night? What happened to his parents? How could anybody act as badly as Harry’s cousin Dudley?” I asked if we could borrow the novel, and we took it home where it replaced the picture books in our children’s bedtime rituals. We’d read about a third of a chapter each night my daughter burning with more questions even as she recalled seeing the adapted movie at a friend’s house. Knowing something of the ending gave her courage; she pronounced the book unscary as she knew full well that Harry would survive. She was confident that he’d successfully navigate every dangerous turn that his story took. 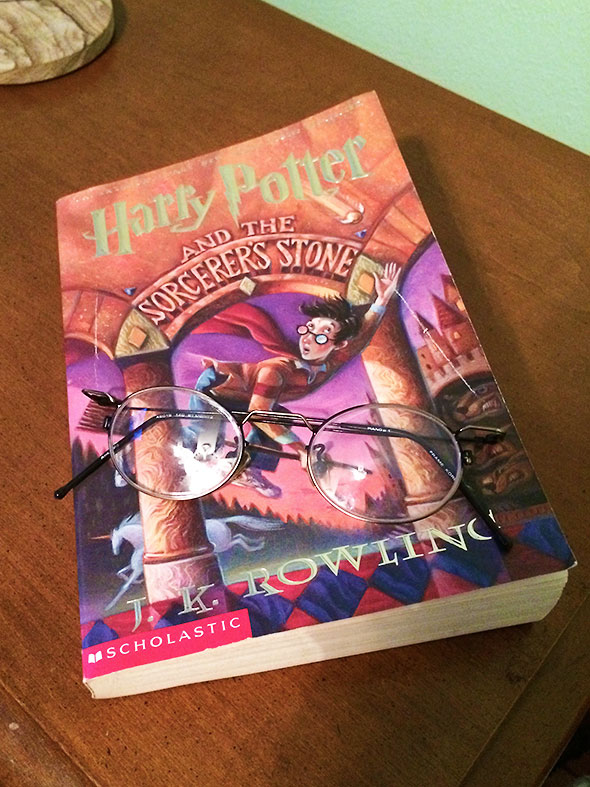 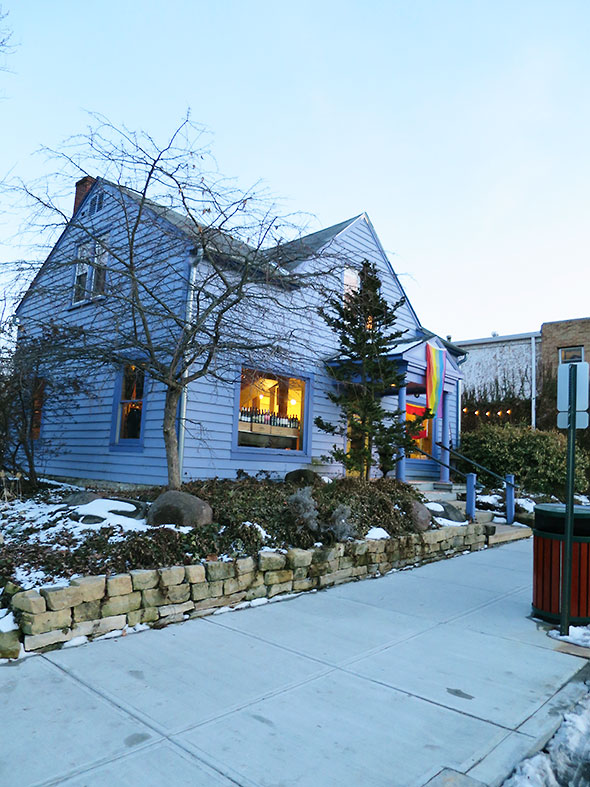 The author threw everything she could at the boy. At times, I began to wonder how she managed to get seven books out of his story. In this first book, J.K. Rowling exhausts every fantasy figure in the library—vampires, werewolves, trolls, witches, unicorns, dragons, goblins, and ghosts—and yet her work doesn’t vanish into a poof of triteness. I admire her storytelling, and I don’t have to look far to see why. Rowling reminds me of my favorite author, another woman from the British Isles, Jane Austen. Neither is afraid to put her characters through soul searing change. In Rowling’s case, she puts near everyone through the wringer. Add to that, Rowling has Jane Austen’s enviable gift for dialogue as we can witness in the film series capturing Harry’s development. The screenplay lifts many characters’ lines straight from her books. 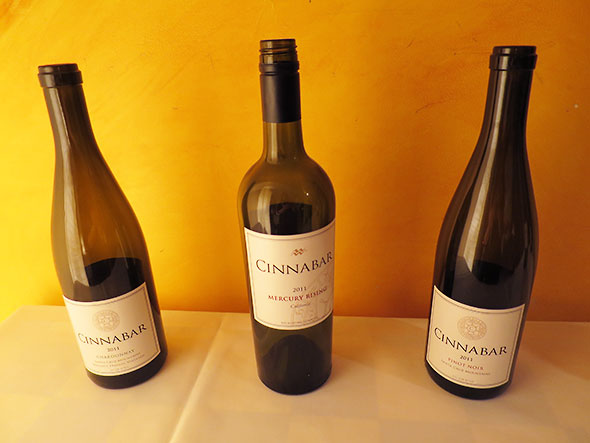 We finished the Sorcerer’s Stone this past Monday. We were both home for the day. My daughter was excused from school, so that the Mills Lawn teachers could confer with their mentors of High Tech High on Project Based Learning. I woke up with a stomach bug. My state of health may explain why, at the point the children entered into the forbidden forest of Hogwarts, my daughter strode bravely forward into the forest with them while I held tight to her shirt tails. She may not have known exactly where we were headed but was excited to go. We emerged from that tale excited and refreshed by the exertions of emerging hearty friendships and the rewards of studying hard. 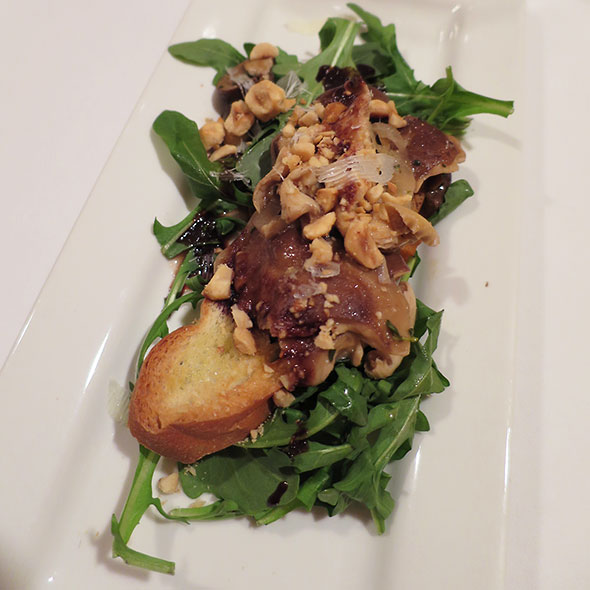 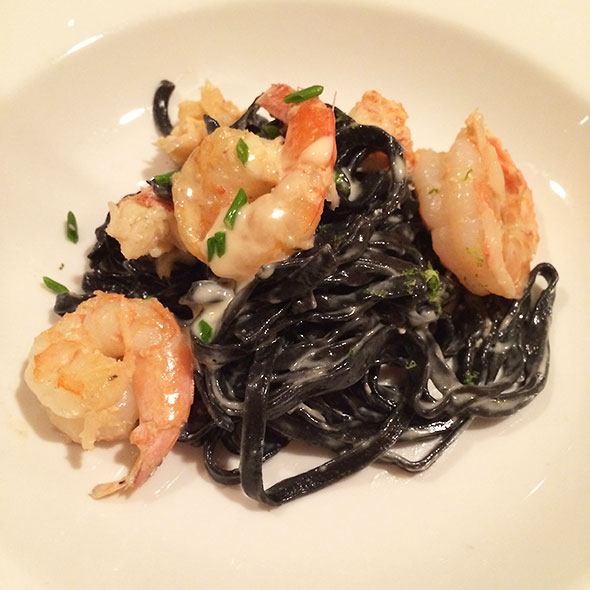 On Thursday night, I turned over story hour to my husband and join the Cinnabar Wine Tasting at the Wind’s Wine Cellar, Xenia Avenue. This wine tasting also transported me back to the late 1990’s when I first tasted Mercury Rising, the terrific red wine on which Cinnabar Winery has built its success. The winery’s founder Tom Mudd considered himself a modern day alchemist creating distinctive potions that combine a disciplined chemistry with the fruits of nature’s fickle art. President Suzanne Frontz came to toast the success of Tom Mudd and the winery he built using some of the best fruit available in the Monterey Valley and Santa Cruz Mountains. 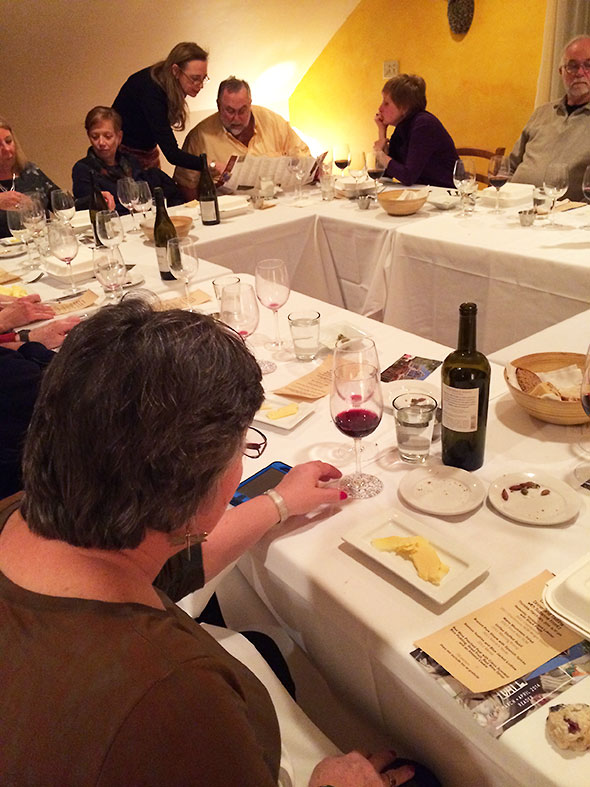 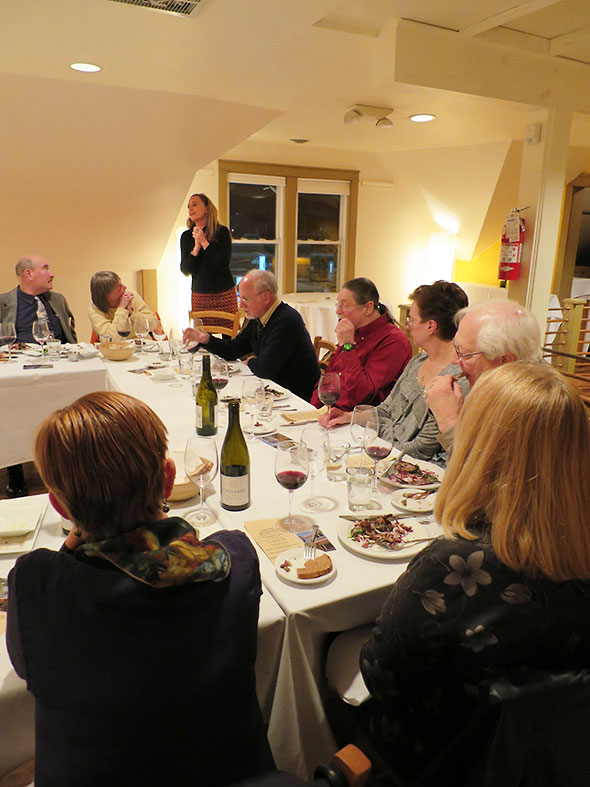 The wine tasting opened with two whites: both Chardonnays but both distinctive as the great Hogwart houses of Gryffindor and Slytherin. The first Chardonnay was pressed from Monterey grapes and aged in steel. The second darker Chardonnay was made from grapes gathered in the Santa Cruz Mountains and aged in oak. As they aged, both were stirred each month to give them a smooth creamy texture. The Monterey Chardonnay was bright and elegant served at a cool temperature that added extra bite to its crispness. The SCM Wright Station Chardonnay had a complexity that spoke of mysteriousness. Indeed, both wines went well with the first plate—seafood and black pasta with a light cream sauce—but, while the Monterey maintained a bold headstrong steadiness, the taste of SCM Chardonnay altered with the food adding an extra bit of intrigue to the course. 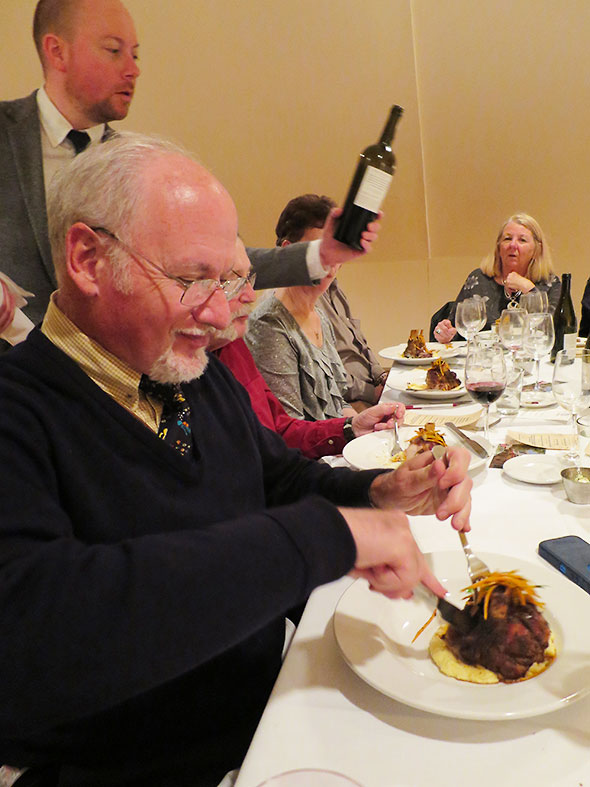 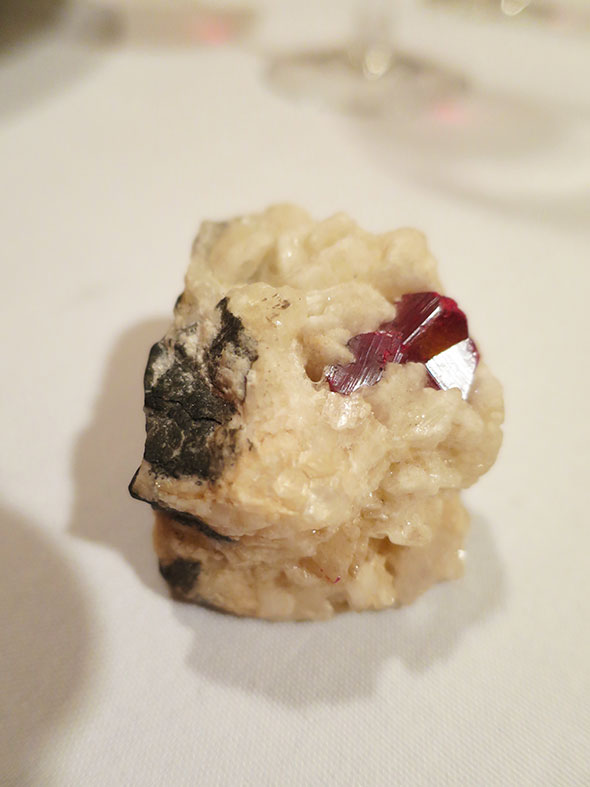 There are three notes that wines play on the tongue much like an arpeggio: Doe, Me, So. Successful wines strike their ascending notes like a master at a well tuned instrument. Not so successful wines misplay a note, or miss it entirely, perhaps finishing with an aftertaste that fails to satisfy. Virtuoso wines surprise and excite as they effortlessly roll through the building chord. When the second course—a warm mushroom salad–was served with Pinot Noir, I remembered exactly why I was so struck at that first Cinnabar wine tasting…the Pinot’s final clear note of cherry consummating its own splendid chord also transported me to that first grand pleasure. 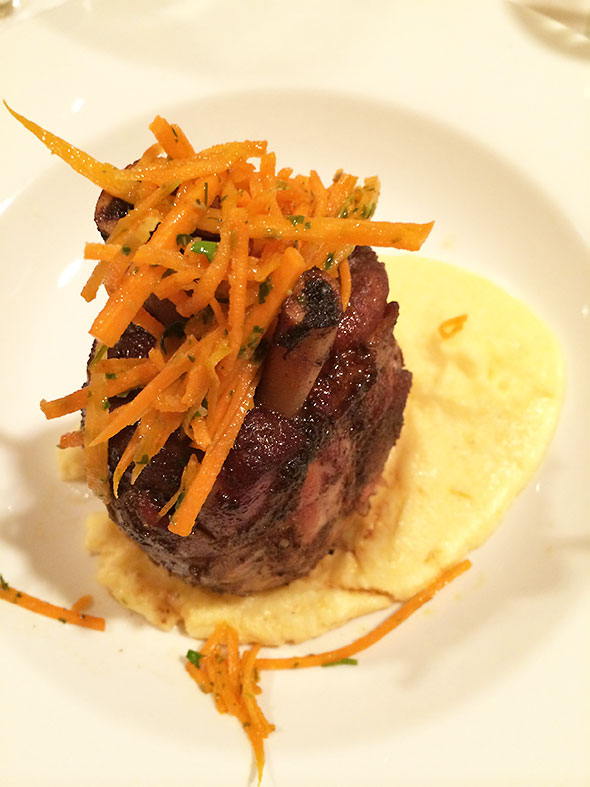 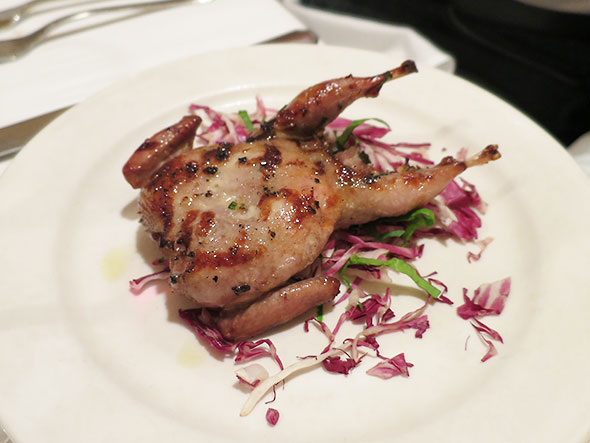 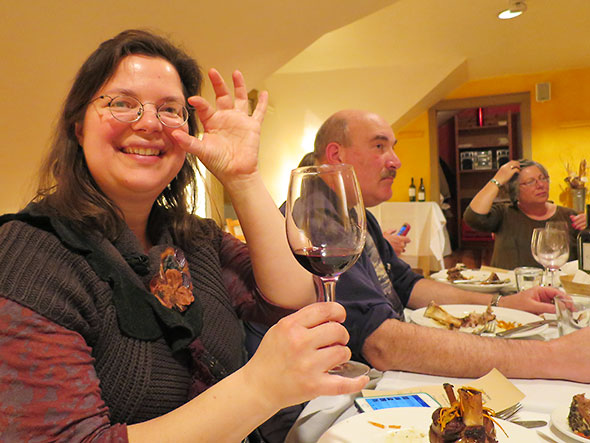 My old friend Mercury Rising was paired with a favorite Winds’ plate, stuff grilled quail on a bed of lightly dressed sweet cabbage. After this course, I could have gone home immensely happy with the meal and its accompanying wines but a surprise awaited. A stone with an intense red crystal jewel was passed around the table as our next pour was introduced. The Sorcerer’s Stone—a elixir of Zinfindel, Petit Syrah, and Teroldigo—tumbled into our glasses and twirled our glasses with vigor to fill the vessel with the potion’s essence. The Sorcercer’s Stone is a bold wine—dwarfing the others—its heady ambition obvious. The wine was paired with a pork shank, a rich meat falling off its half-foot bone in tender chunks as we dived in. 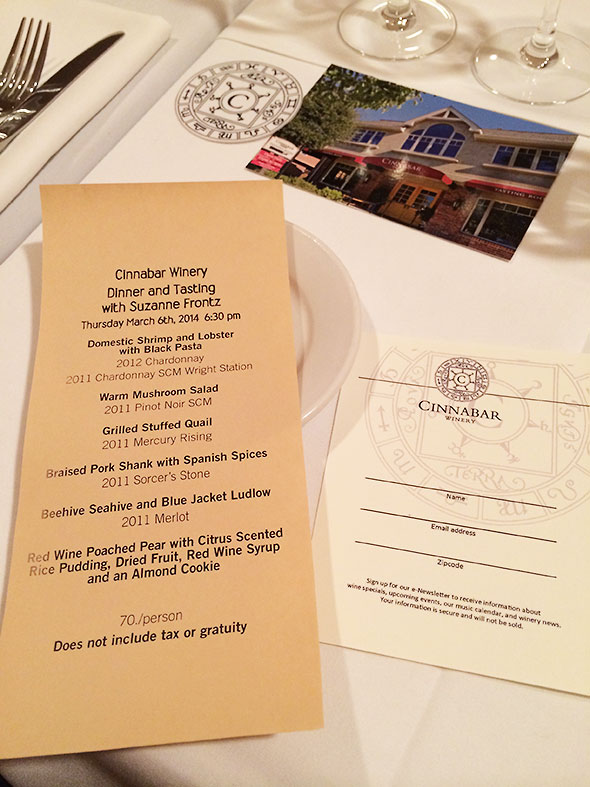 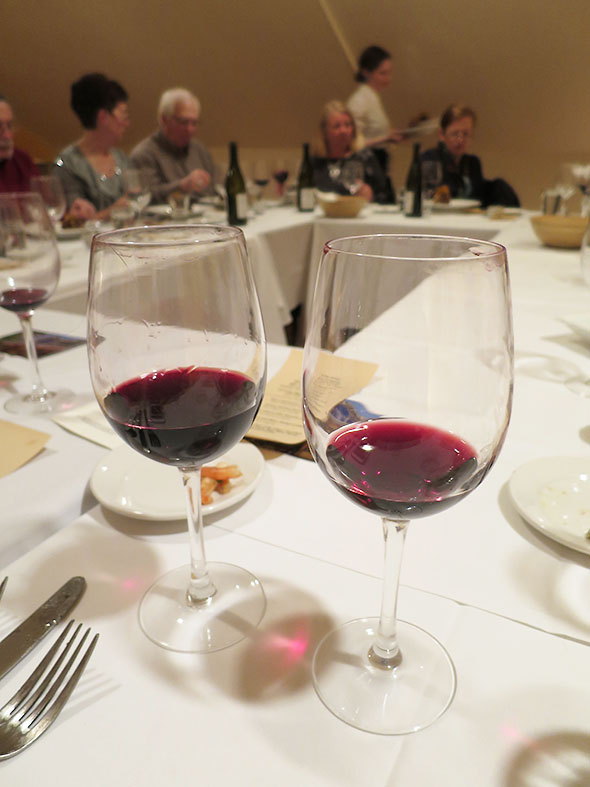 The company lingered here on this fourth course taking in its complexity and enjoying its scale and aspirations. I had to slow down myself saving half the shank to share with my husband and for the sake of safety leaving wine behind in my glass. As I left, I purchased the two rarer vintages—the Wright Station and the Sorcerer’s Stone—intending to share these magnificent creations with my sisters when next we meet. I slept that Thursday night better than I have slept in a long time. 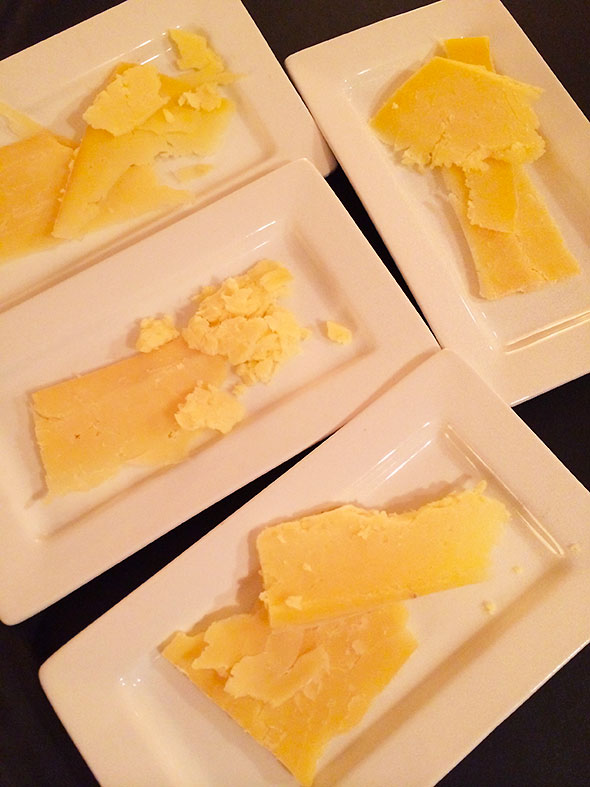 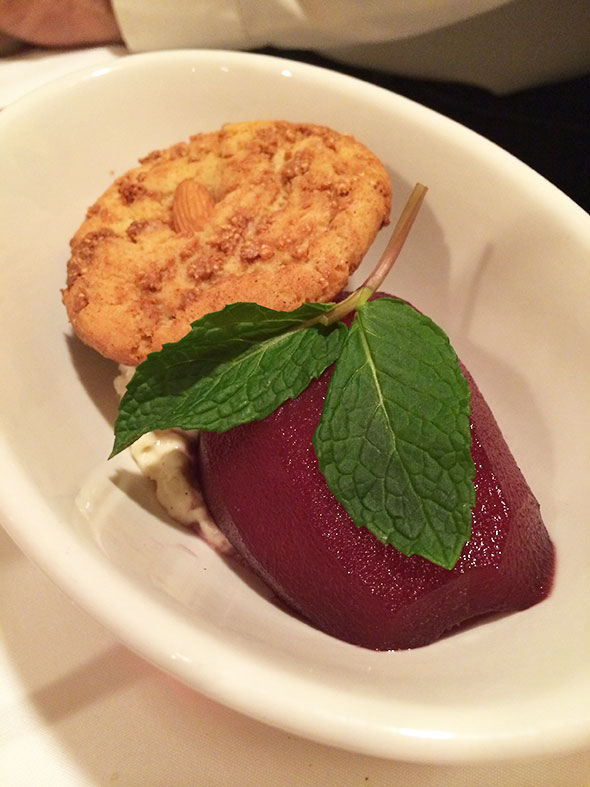 My dreams were a little intense that night with Tom Mudd and J.K. Rowling contributing to the orchestration. Perhaps I had gotten a tantalizing taste of the Elixir of Life from the Sorcerer’s Stone and woke with a mischievous thought…a pitch for a new novel: Jane Austin and J.K. Rowlings meet after time traveling into a zombie infested Liverpool and with the help of the fab four Beatles uncover the unintended consequences of their nation’s nuclear weapons program during the 1960s. If I can work in a turn of the Titanic and the rise of Godzilla, I’m sure to be on to something big.