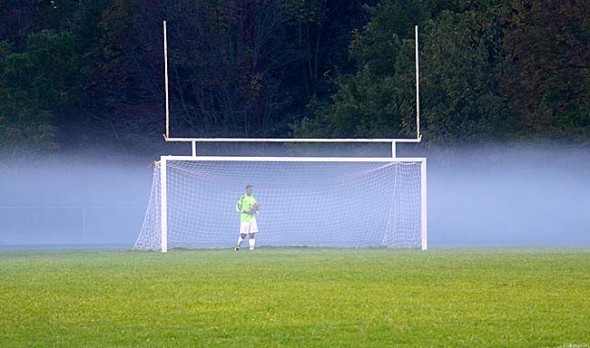 Building for the boys soccer season

This week, Coach Ben Van Ausdal announced the start of community practices to help the Yellow Springs High School boys varsity soccer team get back into shape as well as several exciting and early season opportunities for his Bulldogs.

The Bulldogs look to defend their Metro Buckeye Conference title this fall. Last year, YSHS won the league outright for the first time since 2008.

Villagers of all ages are invited to play during “open fields” from 5:30 to 7:30 p.m. Monday through Thursday in the summer.

The YSHS team is also now selling tickets for an early season match at Columbus Crew Stadium. The Bulldogs play Franklin Monroe at 12:30 p.m. on August 23. The game is the first of three games that day, with the Columbus Crew’s match against the Houston Dynamo starting at 7:30 p.m. Tickets for all three games are $20 and support YSHS soccer.

“It will be a great opportunity for our boys to showcase their talent,” Van Ausdal said. It will be the first time the team plays at Crew Stadium.

Van Ausdal also announced that YSHS will host a major summer tournament. More than 30 high school soccer teams from around the state are expected at the First Annual YSHS Boys Pre-Season Soccer Tournament July 18–20 at YSHS.

“Not only is this going to help our program financially, it will recognize the talent of our boys and be a draw for the economy of our town,” Van Ausdal said.

Anyone entering high school who is interested in playing soccer should call Van Ausdal at 937-767-8747.