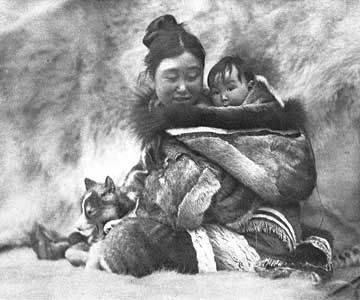 The classic 1922 documentary "Nanook of the North" will show this Sunday, Jan. 11 at 7 p.m. at the Little Art Theatre.

“Nanook of the North,” the classic documentary about an Inuit hunter and his family, will this Sunday launch a series of four influential documentaries to be shown at the Little Art Theater. The film is part of an Antioch College class on documentary taught by media arts professor Charles Fairbanks, who will introduce the film with its historical context and lead a discussion following.

“Nanook,” which was made in 1922,  has influenced documentaries for decades due to the narrative techniques used by the filmmaker, Robert Flaherty, who observed the Inuit group for several years while making the film.

“It’s a dynamic film that moves us in the way that feature films more often do,” Fairbanks said in an interview this week.

Next in the series will be “Man with a Camera,” a 1929 silent film on Sunday, Jan. 25; “Growing Up Female,” by local filmmakers Julia Reichert and Jim Klein, on Feb. 8 and 15; and “Waltz with Bashir, on Sunday, March 8, also at 7 p.m. All films will be introduced by Fairbanks, and will be followed by discussion.