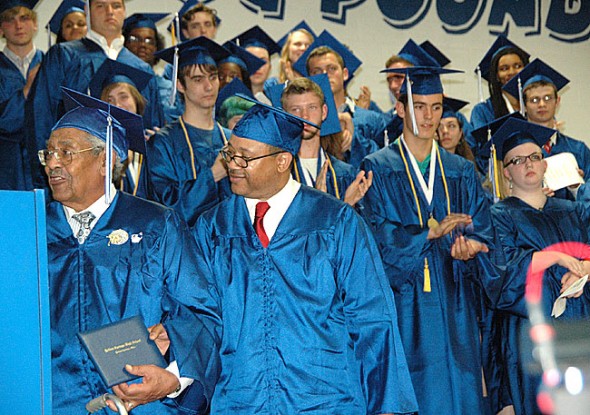 Fifty seven young people graduated from Yellow Springs High School last night, Friday, May 28, alongside a local resident with a memory five times longer than theirs. More than half a century after Charles Benning joined the Allied forces in World War II, missing his first chance to graduate with his class at Bryan High School, Benning, now 92, earned an honorary diploma from YSHS, which succeeded Bryan High in 1964.

Benning graduated with his grand-neice, Evelyn Greene, who earned an honors diploma, as well as membership to the National technical honor society at the Greene County Career Center and multiple scholarships to attend the Culinary Institute of America.