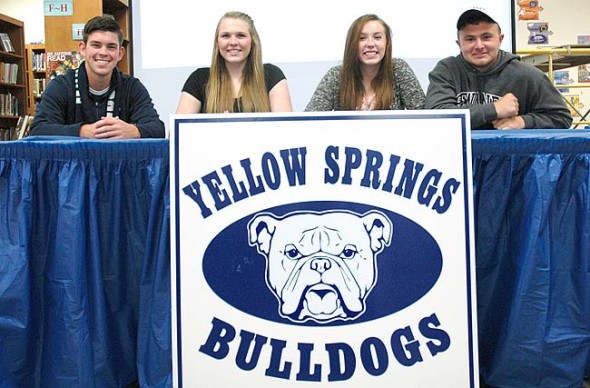 Spring sports are officially over at Yellow Springs High School. On Monday, June 1, a signing ceremony for seniors moving on to play their sport next year in college was held, followed by the annual spring sports award ceremony.