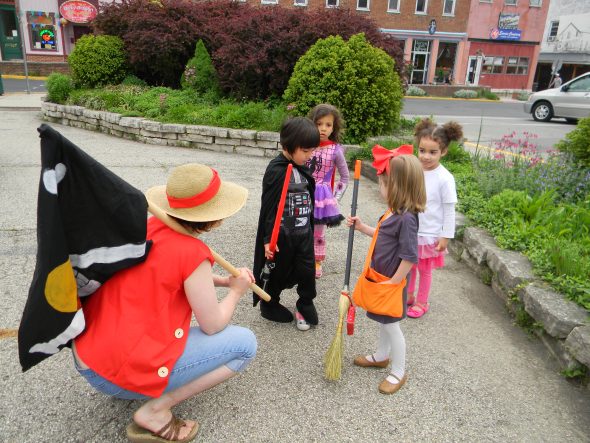 Folks of all ages gathered on Sunday, May 8, to march downtown in a cosplay parade.

Wrapping up the 2016 “Ohayo Ohio” Japanese arts and culture symposium, a cosplay parade was held in downtown Yellow Springs on Sunday, May 8. “Cosplay,” a portmanteau of “costume” and “play,” involves dressing up as fictional characters from film, TV, comics and games, and most especially Japanese anime and manga. Cosplayers of all ages gathered in the 100 block of Corry Street representing their favorite characters and marched along Dayton and Winter streets and Xenia Avenue before attending a free screening of the Studio Ghibli film “When Marnie Was There” at the Little Art Theatre. Click below to see photos and a brief video of the costumes that were on parade.