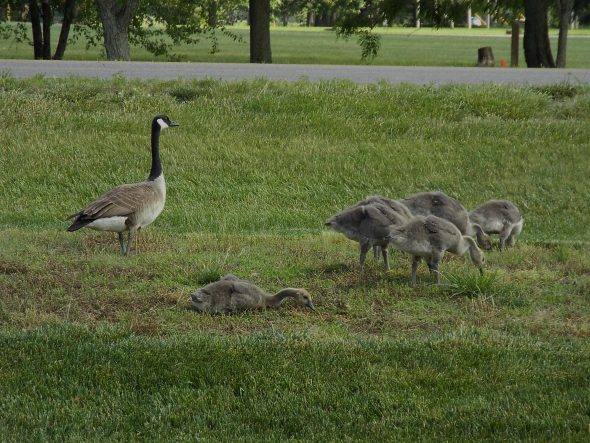 A Canada goose and her gaggle of goslings were observed crossing the Dayton–Yellow Springs Road near Antioch Midwest last week. “Right past the light (not a good place),” one villager wrote on Facebook. It was not reported whether the geese crossed with or against the light. The villager, and others who encountered the geese, “made way” for the whole family. One villager informed local police.

It is unclear whether the geese actually required a police escort on subsequent crossings.

The News sent a photographer, Holly Gillenwater, to stake out (and shepherd) any crossings last weekend. Her pictures show the goslings are growing up fast — they’re practically teenagers now, big and grey and gangly. And they’ve already acquired some street-smarts. They wisely stayed put on their side of the road, near the Midwest pond.

Next time they cross the road — they’ll fly. 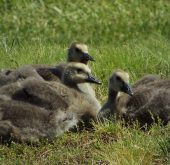 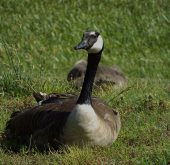 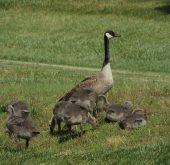