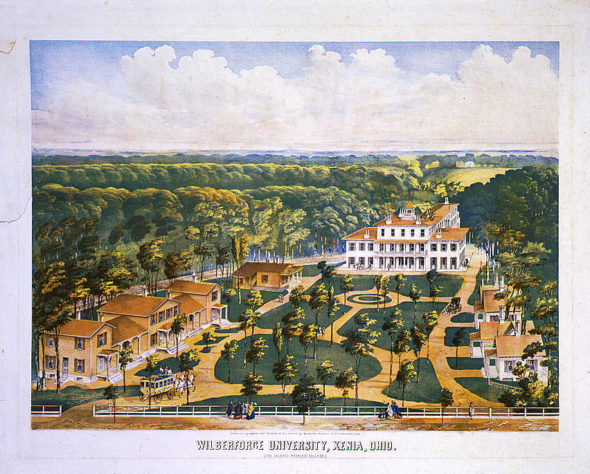 Bishop Daniel Payne, founder of Wilberforce University, pictured here in a historical rendering, is among the notable African Americans featured in a local history talk at the YS Community Library on Feb. 23. (Photo via Library of Congress)

These and other notable African Americans from the Miami Valley will be the focus of a regional history program, “Remarkable Ohioans: Stories of Amazing African Americans,” at the Yellow Springs Community Library next Tuesday, Feb. 21, 6–7:30 p.m. The event is organized by the National Afro-American Museum and Cultural Center and will be led by Jeremy Shea, the museum’s AmeriCorps/Ohio History Service Corps member. Shea is a graduate student in public history and archaeology at Northern Kentucky University.

In addition to offering glimpses of influential historical figures with local roots, Shea will share artifacts from the museum, including a tintype photo of Major Martin Delany, a soldier, doctor and abolitionist, and artwork created by Col. Charles Young, a Buffalo Soldier and military luminary, while he was a student at West Point.

The event is free. Participants will gather in the Virginia Hamilton meeting room.