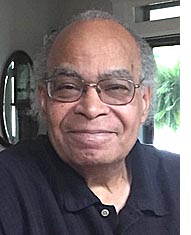 On an intellectual level, Mark Crockett is running for re-election as a Miami Township Trustee because, after years of waiting and planning, he wants to see through the long-awaited construction of a new fire station.

Construction on the station, now in the final design stage, is expected to begin next spring.

But Crockett also has a more practical reason for wanting to return for his fifth four-year term as a trustee.

“You couldn’t ask for a nicer group of people to work with,” he said.

All three trustees have served at least four terms, and each brings a unique contribution to the group, Crockett said. Mucher keeps a close eye on finances, and Spracklen brings to the table a longtime farmer’s knowledge and skills.

And Crockett sees his own strength as listening.

“Where I see myself is listening and digesting information,” he said.

Along with overseeing the construction of the new fire station, the trustees oversee township roads and two cemeteries, along with addressing zoning issues. During his tenure, Crockett is most proud that the township kept expenses within its budget.

“We try to do things within the amounts that we have,” he said. “We’ve kept costs within the budget, and it’s not that easy. You want to do everything, but you can’t.”

Crockett was raised in the township,  growing up just north of Yellow Springs on Mosier Road. At Wright State University he met his future wife, Gail Zimmerman, and the two thought Yellow Springs was “a great placed to raise children,” especially as an interracial couple. Their two children, Justin and Sara, both live here as adults.

After receiving his arts degree from Wright State, Crockett first worked designing jewelry for a Springfield business before he and Zimmerman opened their own store, Rita Caz. Just this spring the couple retired and closed the Kings Yard store, after 31 years in business.

Crockett first ran for trustee at the urging of his children, who at the time were rescue squad volunteers. He’s also been active on the board of Community Resources. Now that he’s retired, Crockett, who has over the years fronted several local bands, appreciates more time to spend on his music.

Crockett feels attracted to the township job because of what he perceives as the unique function filled by the fire department and rescue squad.

“”It’s the last of the institutionalized community functions,” he said of the township’s largely volunteer department. “You have a point of connection with the community that you don’t have anywhere else. I don’t know how much longer we’ll have that.” 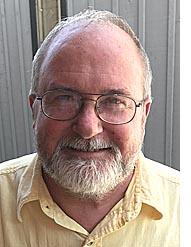 Don Hollister is running for the third time to join the Miami Township Trustees, and his persistence reflects his desire to do the work of a trustee, he said recently.

“It’s something I want to do,” he said of the job. “The basket of things that townships do attracts me. It’s about the rural side of life, and the broader concern is land use in a township that’s 70 percent agriculture.”

Experience in land use is something Hollister would bring to the job, he said, having spent four years as executive director of the Ohio League of Conservation Voters, and serving as interim director of Glen Helen before that.

“I have a lifelong interest in land use,” he said.

Specifically, he would like to make sure that the rural character of Miami Township is preserved, as well as its robust agricultural activity.

“I see my role as a trustee as an engaged steward of current services and zoning policies that maintain agricultural businesses in the township. It’s not just beautiful open land, it’s economic activity,” he said.

Along with expertise in land use issues, Hollister would bring to the table experience working with diverse groups of people. Half of those on the League of Conservation Voters board were Republican and half were Democrats, a challenge he welcomed.

A longtime Democrat, Hollister enjoyed  working with those with whom he sometimes disagreed.

“I came to understand their perspective, even though I often thought they were wrong,” he said of Republican board members. “And in a few cases I changed my perspective.”

Overall, he said, the job was excellent training in communication skills.

“There’s a huge reward for just listening,” he said.

Along with listening to other trustees, Hollister would bring a commitment to listen to the community, especially regarding the new fire station. While he respects the work of all current trustees, he’s disappointed that the process of designing the fire station, now well along, has not been more inclusive of the community.

“If I were a trustee, I’d be asking for more community input,” he said, noting that the community has committed to funding the $5.75 million project. “The process should not just be open, but the trustees should be reaching out to the community.”

Hollister would like to see the finished fire station include public meeting space, a reflection of its connection to the community.

A lifelong villager, Hollister at age 18 began serving as the caretaker for then-93-year-old Arthur Morgan, the well known former president of Antioch College. From Morgan, Hollister gained his interest in community-building, and has worked  for  the organization Morgan founded, Community Solutions, off and on his whole life. He currently works there as a senior fellow.

The father of two daughters, Hollister has fashioned his life with interests both physical and philosophical. He worked as a self-employed carpenter in his earlier years, and has since been a voice in local and area politics, serving two terms on Village Council, for eight years on the Greene County Board of Elections and four years as chair of the Democratic Party in Greene County. He also served as a policy analyst for former Gov. Richard Celeste.

Along with land use and constructing a new fire station, Hollister is interested in other aspects of the trustees’ job, including overseeing township roads and cemeteries. He appreciates the leadership of Fire Chief Colin Altman and Assistant Chief Denny Powell, and also the creative input from the trustees, such as rent subsidies provided by the township for department volunteers who choose to live in Yellow Springs.

“I want to be supportive of whatever further creative measures that people suggest,” he said. 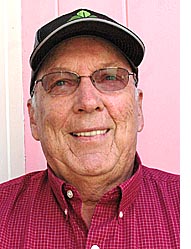 It would be hard to find someone with deeper Miami Township roots than those of Lamar Spracklen.

Spracklen is a direct descendant of James Galloway, an early settler in Greene County. And he’s been farming his whole life on the land previously farmed by his parents, and his grandparents before them.

“I’ve been farming my whole life. I don’t know anything else,” he said with a smile.

Township voters might argue with that, as Spracklen has been elected four times as a township trustee. He first ran in 2000, then retired from township after three terms. But the trustee elected to take his place, John Eastman, died unexpectedly after a year on the job, after which Spracklen was appointed to fill out the year. Then he was elected for a two-year term to finish Eastman’s term.

Now he hopes to serve a fifth term in order to finish the job he and the other trustees began — that of building a new fire station.

“At the end of the day, it’s the trustees who are responsible to make sure this is done correctly and efficiently,” he said in a recent interview.

The trustees have met several times with the Cincinnati architectural firm MCA to design the building, along with negotiating contracts with electricians and other contractors to construct the new building.

“There’s more involved than you think,” he said.

Now Spracklen wants to make sure the job is finished in a way he supports. He’s pleased that his input helped save money, when he questioned the station’s original design that included six bays for the trucks. After he suggested that five bays might be enough, the finished design ended up costing about $500,000 less than expected.

Farmers bring to the table other strengths beyond fiscal prudence, he said. They’re used to dealing with drainage and road issues, topics important to the trustees.

But most of all, it’s important to have a farmer on the board because otherwise, those who live in the rural area beyond Yellow Springs are governed by villagers.

“I think there should be a representative to the township to have a say in the township,” he said.

Those involved in farming tend to have  an appreciation for greenspace, according to Spracklen, who is proud of having helped appoint several local farmers to the township zoning commission and board of zoning appeals, or BZA.

“They’re inclined to make regulations in a manner to preserve farming and greenspace,” he said.

Regarding the fire station, Spracklen is also appreciative of the leadership of Police Chief Altman and Assistant Chief Powell, who he believes are responsible for creating a robust department in which about half of the volunteers come from outside the township.

It will be even easier to attract good volunteers with adequate facilities, which the township has lacked for many years, Spracklen said. And he wants to stay a trustee to make sure the department has the best facility possible.

“I”m concentrating on the fire station,” he said. “The other stuff is easy.”