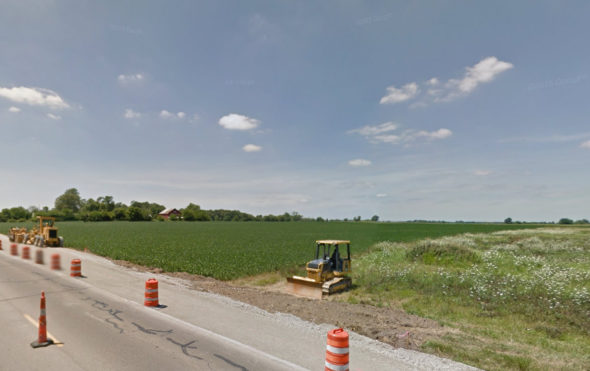 Cresco Labs has been approved by the state as a large-scale medical marijuana grower, and will soon begin construction of a facility on the western edge of Yellow Springs.

Cresco Labs gets approval from state

Cresco Labs LLC will be moving ahead soon to build a cultivation and processing facility on the western edge of Yellow Springs. The Village received news today, Nov. 30, that the State of Ohio approved Cresco as a large-scale medical marijuana grower in the state.

“This is an opportunity to reinvigorate Yellow Springs as a location for business and for innovation,” Village Council President Karen Wintrow said this afternoon, following the announcement.

Cresco was one of 12 winners of the large-scale grow licenses announced by the state today, out of 109 applicants, according to an article in the Springfield News Sun. Another company that won a license is Pure Ohio Wellness, which will build a facility in Mad River Township outside of Springfield. In Yellow Springs, Cresco has purchased eight acres of land in the Center for Business and Education, or CBE, land on the western edge of town, abutting the Antioch University Midwest campus.

In Yellow Springs, the news of Cresco’s win is important mainly due to the jobs it brings to the village, Wintrow said. The company has said it will initially hire about 35 people for the cultivation facility, and will possibly expand to about 70 workers. While it’s not clear exactly what positions will be open, some will likely be scientific and some managerial, Wintrow said.

Cresco is ready to move ahead quickly, Wintrow said. Most necessary zoning work has been completed, with only details regarding drainage remaining. The Village of Yellow Springs next needs to approve the company’s engineering plan. Following that, the company will begin the work of constructing water and sewer lines on the property, along with constructing a 23,000 square foot building for cultivation of medical marijuana. Cresco has agreed to pay for the construction of the infrastructure and the building.

“Cresco has already jump-started the process,” Wintrow said. “They’re trying to be ahead of the game.”

If the coming winter is as mild as last year’s winter, work could move ahead quickly and the building could be completed by spring, Wintrow said.

The state has not yet approved licenses for processing medical marijuana, but Cresco hopes to win that license as well, in order to produce medical marijuana products. No companies are planning to seek a license to open a dispensary to sell the product in Yellow Springs, according to Wintrow. The Springfield News-Sun reported that Cresco has applied for five dispensary licenses across Ohio, including one on Linden Avenue in Dayton.

For a more detailed story on the topic, see the Dec. 7 Yellow Springs News.