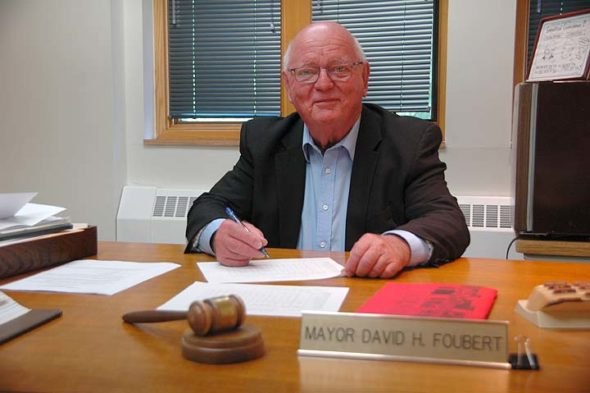 Longtime Yellow Springs Mayor David Foubert, who has served 13 terms as mayor for a total of 26 years, will be honored at a reception in his honor, Wednesday, Nov. 15, 6:30 to 9 p.m. The event will take place in Rooms A and B at the John Bryan Community Center, 100 Dayton Street in Yellow Springs.

Foubert announced his retirement as mayor in June, after which four villagers announced their candidacy. On Nov. 7 retired teacher Pam Conine was elected to be the new village mayor.

The public is invited to the event.