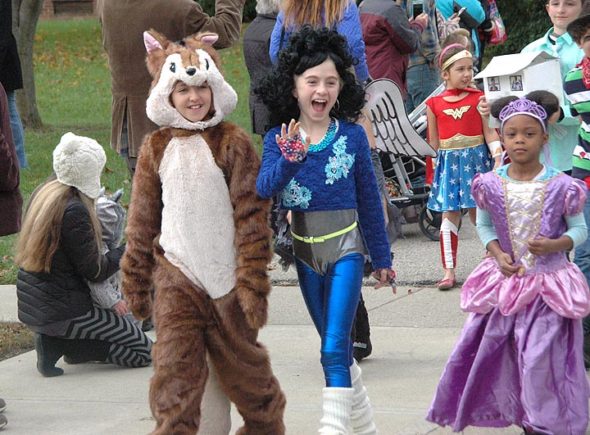 This year’s Mills Lawn ghouls trod the well-worn path of the traditional Halloween Parade, which was followed by an assembly, after which students were released into the wild to chase down treats and warm themselves by campfires around the village. Thanks to Principal Housh and Ms. Bussey for peering through dense layers of disguise and helping to name the mischief makers. (Photos by Robert Hasek)

One Response to “Spooky Steps”