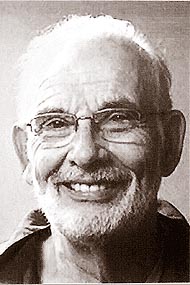 Born Dec. 30, 1937 in Battle Creek, Mich., Richard Norman was named by his mother for the obstetrician that helped deliver him just in time to qualify as a tax dependent for the year. It may have been a harbinger for his persistent pursuit to save money while having fun with family.

Dick grew up in Battle Creek, Cincinnati and Canton, Ohio, a curious and open-minded student of life, excelling in school and anchoring many athletic teams in high school and college. He started at catcher and lineman for his Canton Lehman High School baseball and football teams, then played on the golf and football teams at Albion College in Michigan, where he earned a Bachelor of Sciences degree in chemistry in 1959. There he met his first wife, Marsha Carle, and moved to Cleveland, Ohio to study chemistry at Case Western University. They had three children, Kathy, Lynn and David, between May 1960 and November 1962. Interested in innovative education, he heard about Antioch College and its unique cooperative work program. When he came to interview, he liked the community’s diversity, progressive thinking, schools and parks and accepted a job as chemistry professor in 1962, a dissertation away from his Ph.D. Some years after moving his family to Yellow Springs, Dick accepted another challenge — single fatherhood — but fortunately not for long.

In 1969, Antioch College let go many tenured staff and faculty due to financial fallout, but Dick was spared by students’ supportive protests and petitions. Administrators asked, “What else can you do?” and he replied he was interested in computers. He drove — via many notable parks — with his three kids to Santa Monica, Calif. in the summer of 1970 to study computer science at UCLA. He asked the love of his life, Carolina (née van Olphen, Antioch College class of 1967) to join and marry him there in early 1971, bringing her young sons Brian and Mark Libby to the family. He returned to Yellow Springs to launch Antioch’s first computer science department in fall of 1971. He and Carolina loved playing tennis and volleyball there, while Dick still enjoyed golf, softball and handball, and added soccer, as a coach and referee for his children’s teams.

In 1979, Antioch struggled monetarily again, and Dick moved back near his birthplace in Michigan, teaching computer science at Kalamazoo College. Although saddened to leave Yellow Springs, Dick embraced the move, as he did most everything throughout his life, as a new adventure. In Kalamazoo he again coached and officiated youth soccer, played tennis and handball, hosted international students, and volunteered for the local Democratic Party. He earned a Master of Science degree in computer science at Western Michigan University in 1986 while teaching full-time at “K” College.

Dick retired at age 60 to spend a large amount of time in the Netherlands to help take care of Carolina’s father. This became a home base to launch new intercontinental adventures from, with travels to over 47 countries in 20 years. He was often referred to as “the smiling American” by international travelers and never found language to be a barrier in making new friends and enjoying the company of others. Dick and Carolina loved their years in Kalamazoo but returned recently to Yellow Springs where they originally met, to live closer to family at Friends Care Community.

Dick will be remembered for his genuine wonderment for life and eternal eagerness to meet new people, discover new things, see new sites, have fun and talk about it all! He loved family, traveling, sports, reading, games, the scenic route, hiking and biking in the great outdoors, fall foliage trips, never doubling back, and always looking for ways to save money. His passions were imprinted on his children via frequent epic road trips and semi-annual cross-country treks to national parks, family, friends and places of interest. He was gregarious, fun, affectionate, social, loyal, loving and a good husband and father, a legacy that his children and grandchildren hope to carry on.

A memorial celebration of his life is TBA; check http://www.jacksonlytle.com for arrangements or to send condolences. Memorial arrangements will also be announced in a future issue of the News.

In lieu of flowers, please send donations to Hospice of Dayton, 324 Wilmington Avenue, Dayton, OH 45420. His family would like to thank the compassionate caregivers and staff at Hospice of Dayton for giving him the end of life experience he wanted.