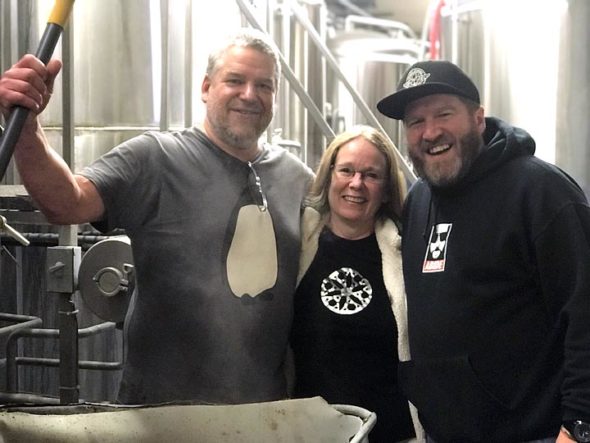 There are two types of people: those who love the film “The Big Lebowski” and those who don’t.

“But that’s just like, uh, your opinion, man,” in the words of the Dude himself.

The wide-ranging story involves mistaken identity, a kidnapping, bowling, nihilists and a stolen rug that “really tied the room together.”

Since its release in 1998, the highly quotable Coen Brothers comedy has achieved a dedicated “cult” following, inspiring books, T-shirts, life-size cardboard cutouts, board games, costumes, action figures and much more.

There’s even an annual “Lebowski Fest” where hundreds of faithful fans in character costumes gather in Louisville to bowl, enjoy some White Russians, screen the film and generally have a good time.

Yellow Springs will be having its own Lebowski festivities on Sunday, Feb. 10, when the Little Art Theatre will host a special “Beer + Movie” event in collaboration with the Yellow Springs Brewery.
“We’ve never done anything quite like this before,” said Little Art Executive Director Jenny Cowperthwaite.

Cowperthwaite identified herself as a Lebowski lover, so when Paul Herzog of the Yellow Springs Brewery approached her with the idea of the event, she was glad to give it a go. Herzog himself is a “huge fan” of the movie, and estimated he’s watched it over a hundred times, in addition to listening to an audio-only version on a regular basis.

Cowperthwaite described the team from the brewery as “very creative and very energetic,” and in coordination with the Little Art’s Sara Gray, they “really pulled the whole thing together.”

Doors open at 1 p.m. for ticket holders to mix and mingle and find their seats. At 2 p.m., a sampling of five beers from the Yellow Springs Brewery will be served, including a special “White Russian Milk Stout” created just for this event in conjunction with the staff of the Little Art Theatre. Volunteers will serve 5-6 ounce “pours” to guests in the comfort of their chairs, while there will be discussions of the beers, and Lebowski trivia for fun and prizes. A screening of the film will start around 3 p.m.
Miguel’s Tacos food trailer will be open for business in front of the theatre for those who want something more substantial than popcorn and malted milk balls.

Tickets went on sale Jan. 14 on the theatre’s website, with only 100 seats available, so Cowperthwaite anticipates a full house. Tickets are $25 per person, ages 21 and up. Costumes are encouraged.

A Special Brew
Throughout the film, the main character, Jeffery “The Dude” Lebowski, enjoys numerous White Russians, a cocktail made with vodka, coffee liqueur and cream.

In a true spirit of teamwork, on Jan. 5, staff and volunteers from the Little Art went to the Brewery to observe and assist in the creation of a bespoke beer in honor of the event.

Together, the team prepared the ingredients for a White Russian Milk Stout to emulate the spirit of the cocktail. Still unnamed, the brew will make its debut at the screening.

Josh Zinger, a teacher for Xenia City Schools, is also on the staff of the Little Art and had high praise for the brew day. He said it was a “fascinating” way to learn about the brewing process and how different flavors are created.

“I had a great time and I’m excited to try the beer when it is ready,” Zinger said.

Sara Gray’s husband, Shayne, also represented the Little Art on brew day, and was impressed with the magnitude of the operation.

“I definitely thought that they made new beers in little batches to try the recipe before making a large batch,” Shayne said.

“Nope, it’s all or nothing. I don’t know if I would have the heart to put all those ingredients together in such a large volume and just say ‘let’s see what this tastes like.’ It was definitely mind-blowing,” he added.

In addition to the White Russian Milk Stout, there will be another very new variety, plus three that “you may have never tried,” according to Herzog.

After the event, the special brew will be available in the brewery’s taproom and selected outlets in the Dayton area until the batch is sold out. Herzog said these “collaborative” recipes are typically only brewed once.

“Of course, Columbus is a much bigger market,” Herzog noted. “But I’m confident this is the kind of event that the folks of Yellow Springs will support, too.”

“We’re very happy and excited about this collaboration with the team at the Yellow Springs Brewery,” said Jenny Cowperthwaite. “It will definitely be a lot of fun.”