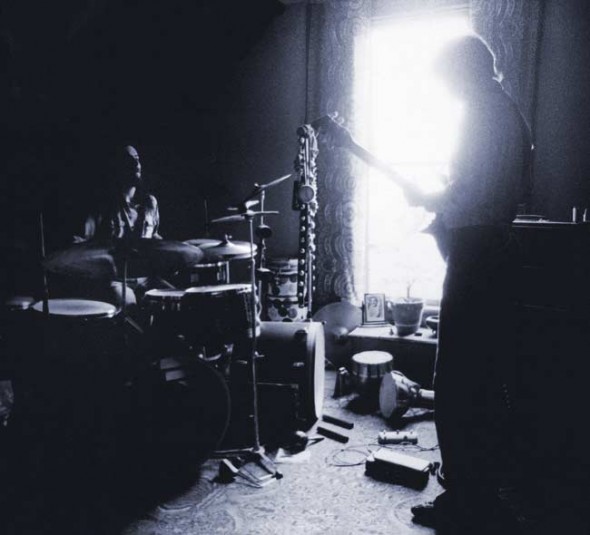 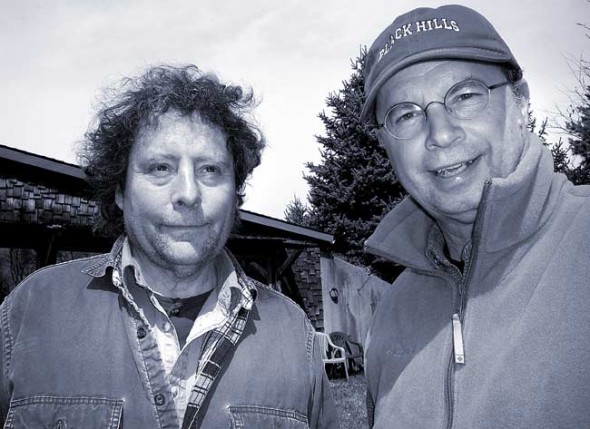 When Doug Snyder and Bob Thompson recorded Daily Dance in 1972, nobody could have guessed that the album would be released for a third time in 2010.

However, that’s exactly what happened when Cantor Records released the LP last December.

The  record was first distributed in 1973 by an independent label made up of American composers who issued music from bands that did not have the support of a major label. Now it’s being pushed by Cantor, a small independent label in Canada.

Cantor owner Aaron Levin learned about the LP when visiting a friend in Chicago. While discussing past Ohio recordings, Levin asked his friend to think of the wildest recording he had heard of from the Buckeye state, at which point Levin was introduced to Daily Dance, a spontaneous composition with jazz influences created by a guitar and loud drums.

Levin liked what he heard. He thought Daily Dance had a sound that people could find relatable.

“It totally blew me away,” Levin said. “[The music] was improvised guitar and a psychedelic noise that was done five to six years before anybody was doing it…”

The Alberta-based music lover set out to find the men beyond the music.

Levin looked up Doug Snyder in the phone book and began calling every man with that name in Ohio until he found the Yellow Springs resident. Snyder, a graphic designer by day, was excited about the newfound attention to his music.

“It has maintained some degree of interest deep underground for all those years,” Snyder said. “Every now and then, someone wants to put it out.”

Thompson, a professional musician, was just as surprised.

“It always amazes me that Daily Dance keeps coming up,” he said. “It keeps on going. I never had any things that keep going like Daily Dance does.”

“People were just going wild for it,” Levin said. “I sold half the run in three weeks, without any advertising.”

The musical journey that is Daily Dance started in Washington Court House. Thompson and Snyder grew up in the rural community and went to the same high school. They had “Mayberry R.F.D” childhoods, according to Snyder.

After graduation in 1964, Snyder went to the University of Cincinnati to study industrial design and Thompson commuted to Wilmington College to study art. While in college, Snyder attended area concerts that influenced the way he played guitar. Snyder credits the Velvet Underground and MC5 as some of his influences. Besides Daily Dance, Snyder is also known for recording the Velvet Underground at Columbus’ Valleydale Ballroom. The tape was bootlegged several times after that.

While attending these concerts, Snyder picked up “a good kind of baggage” that would stick with him through his formative musical years. However, he had no intentions of going home and imitating the sound he heard. He was happy knowing that he really liked the music being played at those shows and forever filed it away in his head.

Snyder and Thompson remained friends through college but didn’t start playing music together until a vacation at Thompson’s family’s cabin in 1970. According to Snyder, this impromptu jam session would have sounded out of place on Daily Dance. It would be two more years before the two men would find the right sound.

In 1972, Snyder was working as a graphic designer in Huron. He would commute from the northern Ohio city three hours to jam at Thompson’s farm house. At that point, the concerts he traveled to as a college kid subconsciously came out in the music.

“When I finally got a loud electric guitar and had this great drummer friend, it just kind of came out, it wasn’t deliberate or premeditated, it was all improvised,” Snyder said.

Their music received critical success from around the country, but didn’t approach selling the 500 copies produced.

After the small success of Daily Dance, Snyder went to New York and played with a band named Sick Dick and The Volkswagons, while Thompson played with Pharoah Sanders, Chicago bluesman Snapper Mitchum, and new age pianist Scott  Cossu.

It would be 25 years before Daily Dance would be reissued by Warm O’ Brisk Records in 1998.

The duo even followed that up with a new album the following year. Rules of Play, recorded at Antioch College’s Kelly Hall in the 1980s, was released by Dead Earnest records in 1999.

It was just a matter of time before Daily Dance would seep back into the public consciousness, and because of Levin, it has.

Snyder believes Daily Dance keeps coming back and is still relevant because of Thompson’s drumming talent.

“I offered Bob an outlet for his creativity because nobody else played like that,” Snyder said. “Bob offered me an anchor because he was so good…everyone recognized it was good music because of the drummer.”

Snyder and Thompson are still friends and meet up weekly in Washington Court House for lunch. The two meet in a little coffee shop in town that Snyder described as “very bohemian.”

The two hope to make a little profit from the album’s latest release, but are realistic.

“I would like to make money off of the record. It’s never going to make a lot of money, but this is getting me interest from my community,” Snyder said. “Music has always been fun for me.”

Now that a new generation is being exposed to the music, Thompson believes that it won’t be the last time the public hears from Daily Dance.

“It’ll probably poke its ugly head up again,” Thompson said. “[And if you’re a first time listener] make sure your ear plugs are in and just lie back and listen to it. It’s a lot of fun.”