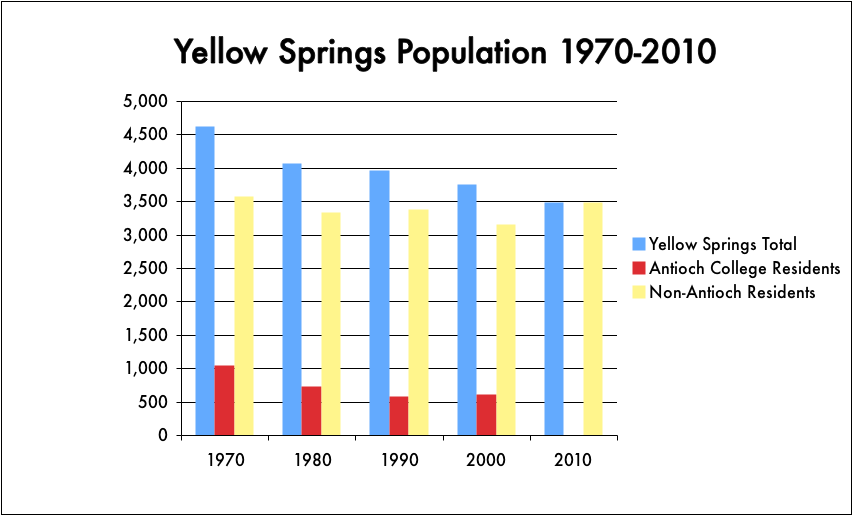 Yellow Springs lost an additional 7.3 percent of its population in the last decade, continuing a 40-year population plummet that has left the village with 24.6 percent fewer residents than in 1970, according to the latest U.S. Census Bureau figures. 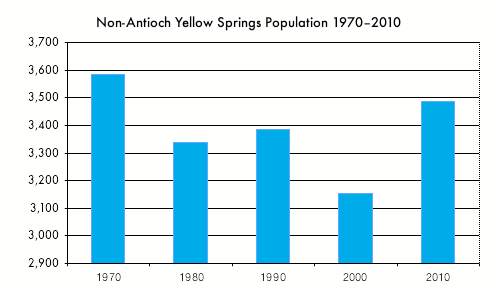 The population of children and teens in the village may be stabilizing. Of the 274 total residents lost since 2000, just five were under 18 years old. The number of residents under 18 dropped slightly to 688, from 693 in 2000. Children and teens are now a higher proportion of village residents, at 19.7 percent, up from 18.4 percent of the population in 2000.

But the decades-long trend of declining racial diversity in the village continues. The proportion of white residents increased to 78.1 percent of the total population, from 76.6 percent in 2000, while the percentage of African-Americans in the village dropped from 15 to 12 percent. The African-American community has fallen by two-thirds since 1970, from 1,287 residents to 417 today. 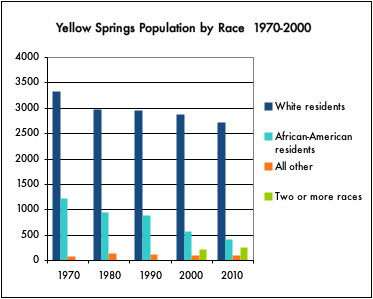 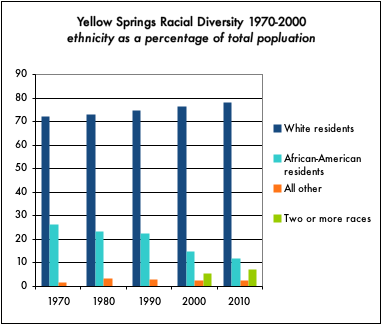 See the article in the March 17 issue of the YS News for more details.