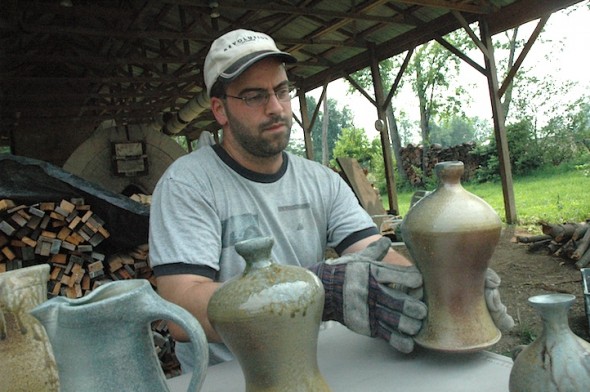 Naysan McIlhargey inspected one of the over 2,000 pots to come out of his most recent firing.

Miami Valley Pottery completed the most recent firing of functional ceramic pots in the pottery’s large wood kiln last week. Almost a week after the four-day firing ended, and the kiln was cool enough to crack open, pottery owner Naysan McIlhargey debricked the front door and nervously took a peek at the over 2,000 vessels nestled inside. Happily, the first layer of pots were well cooked and featured a rich combination of steely blue base with streaks of amber and green ash and salt glazed onto the surface. McIlhargey used the most recent firing to test several different clay bodies he is considering for future projects.

Watch a short preview of what came out of the firing: The pot shop will host a sale of the new work this weekend and next, June 17–19 and June 24–26, at the studio located at 145 E. Hyde Road, just outside of Yellow Springs. 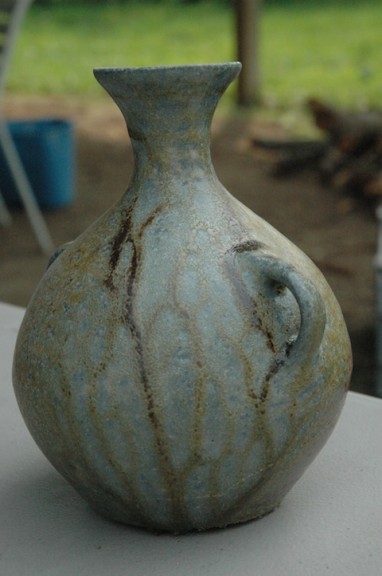