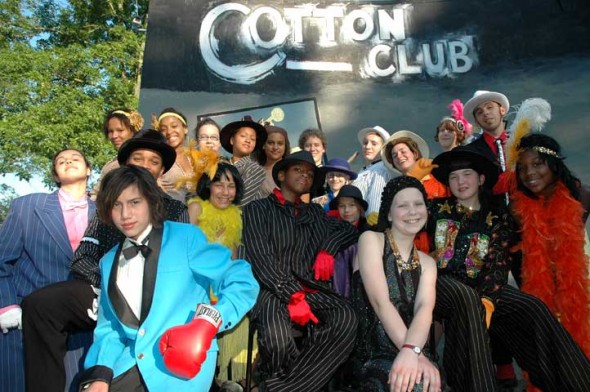 The cast of this summer's YS Kids Playhouse show, 'The Cotton Club'

Jazz, entertainment and a little rabble rousing at the ‘Cotton Club’

It’s all about the aces and the entertainers at the YS Kids Playhouse ‘Cotton Club,’ an original play about the famous New York 1920s jazz club. A big band headlines the show at the Antioch College amphitheater with Duke Ellington standards and some of Neal Kirkwood’s own music, including “It Ain’t Easy Being Rich.” Director John Fleming creates a scene with feathered flappers, nosey news hounds, unmannered moneybags and gangly gangsters who replay the night life of Harlem’s jungle in the jazz age.

Shows run Thursday–Sunday, July 7–10 and July 14–17, beginning at 7:30 at the Antioch College Amphitheater. Don’t miss the Cirque Carnival going on Friday, July 15, 6–10 p.m. before and after the show on Dayton Street downtown. And on Saturday, July 16, following the show YSKP will host a big band dance in the theater for audience members and anyone else who wants to join the fun.

See a video preview of the show: 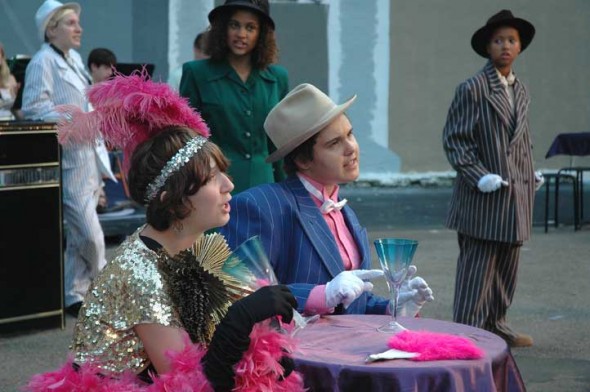