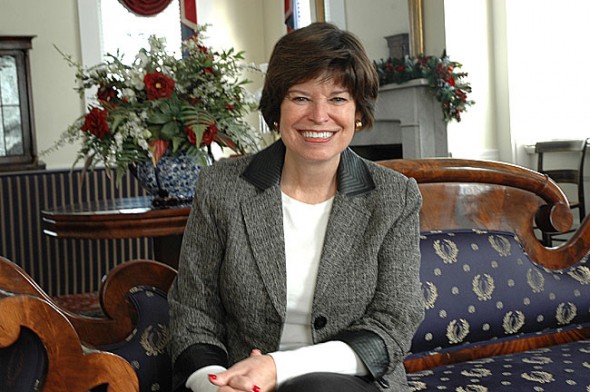 A fresh bid for Congress

Local resident Sharen Neuhardt has played the political odds before and learned a lot while ceding the 2008 Congressional race to her Republican opponent. But this year, after redistricting, the odds are more favorable for Democrats in the area, and she has decided once again to bid for a seat representing Ohio’s new 10th district with the U.S. House of Representatives.

Neuhardt has dreamed of participating in political service since she was a young girl, she said in a interview at her home on Whitehall Farm last week. And that dream played a part in her decision to run in 2008. But this year the call is even more imperative. After all the “colossal blunders” politicians have made over the past four years, she feels it’s high time the people of the Miami Valley had a representative who will act on their behalf to bring more jobs to the area, support businesses here and work to “get things done.”

This year is also different due to the redistricting the Ohio legislature approved late last year due to population change in the region. The move reconfigured two districts, 3 and 7, both long held by Republicans, into a new district 10 that includes Montgomery County, Greene County and a small piece of Fayette County. Currently, the old District 3, which includes Montgomery County, is represented by Republican Michael Turner, formerly the mayor of Dayton. District 7, currently represented by Steve Austria, is an oddly configured region including Clark and Greene Counties and stretching east all the way through Perry County, about 30 miles east of Columbus. But when the poles open on March 6 for the Ohio primary, all the voters in the new District 10 will be from the Miami Valley, which Neuhardt thinks of as a unified region whose residents have a common identity with Wright Patterson Air Force Base nestled in the center.

“The 10th district is a lot better as a district for folks in Greene and Montgomery counties because we’re so tied together,” she said. “We belong to one media market, we have a common set of cultural landmarks, and it’s just a natural way to divide the region.”

The redistricting also makes the region more competitive for Democrats because 75 percent of it is covered by a heavily Democratic Montgomery County with a good number of “independents and voters who are open to Democratic thinking,” Neuhardt said.

“This is a battle that I can win and that the Democrats can win,” she said.

Neuhardt won the Democratic bid for Ohio’s Congressional district 7 in 2008, but lost the race to Republican incumbent Steve Austria. Two weeks ago Austria announced that he was retiring from office at the end of his term later this year, a move that will likely leave Neuhardt to face the other incumbent from the district, Mike Turner, if she wins support from the Democratic Party again. The other Democratic contenders include military veteran and businesswoman Olivia Freeman, 2008 Congressional candidate David Esrati, retired Air Force officer and former candidate Thomas F. McMasters, and L. Mack VanAllen.

According to Neuhardt, Turner has represented the Dayton area as either the city’s mayor or as its congressman while the region has suffered a 9.2 percent decline in jobs since 2007, including over 7,000 jobs after the closure of facilities owned by Delphi, General Motors and DHL. And in Congress, Turner has voted along Republican lines 90 percent of the time, including refusing to extend the payroll tax cut and unemployment benefits for the first two months of this year, according to the Washington Post’s “Postpolitics” online database.

“Turner is a mainstream Republican who votes consistently with the folks in Washington who have brought our government to its knees,” Neuhardt said. “The job loss in the Miami Valley has been like a blunt force trauma to the region, and he’s been our representative all the time that’s gone on — he needs to be held accountable.”

Neuhardt believes that the region needs a Democratic leader who will stand up for workers’ rights, Social Security and healthcare, instead of protecting tax breaks for people like Warren Buffet while refusing to approve a tax reduction for the middle class, as Republicans in Congress voted to do this winter. She also feels she represents the region well because she knows the people who live here. The daughter of a Dayton police officer, Neuhardt has been in the Miami Valley all of her life. She attended Dayton public schools, graduated from Northwestern University and earned a J.D. from Georgetown University. She is currently a partner in Thompson Hine’s Corporate Transactions & Securities practice group at one of the region’s largest law firms.

Closer to home, Neuhardt and her husband, David Neuhardt, feel grateful to live in Yellow Springs, where they moved in 1994 to raise their children, Ann and Robert Gage. When Whitehall farm on the northeast edge of town was threatened with development in 1999, the community and Tecumseh Land Trust helped the Neuhardts to purchase the 954-acre property, put an easement on it and resell most of it to area farmers. Those who cared so much about Whitehall are the same people Neuhardt knows will support her campaign, “because they care,” she said. Initially the Neuhardts will also have help from Ann and Robert, and close friend Ishema Umuhoza.

As campaigning gets going for Ohio’s primaries on March 6, Neuhardt harkens back to her experience as a newcomer to the political scene in 2008, and she feels better prepared for a successful run this time. She nearly ran for Secretary of State in 2010, but then Governor Ted Strickland asked Maryellen O’Shaughnessy to represent the Democrats. Neuhardt felt satisfied that a qualified candidate was running and bowed out of the race. And now she feels the current opportunity is her time.

“I know how to navigate things better and I’m prepared now,” she said. “I’m not the same first-timer that took on the establishment in 2008 — and I’ve never been part of this mess.”

2 Responses to “A fresh bid for Congress”