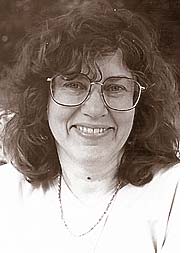 “There is something about being seen, being truly known by others, that has always seemed to me to be a very basic human need. To me, it is the source of trust in others, of self-acceptance, of growth. It is the very place where learning — learning of all kinds — can take root and flourish.”

Jeanie Felker, a teacher of young children and a fierce advocate of their right to learn in their own way, died on Wednesday, Sept. 12.

Jeanie was born in Hinsdale, Ill., in 1944 and spent her early childhood in Winchester, a small town in southern Illinois. Her family moved to Park Forest, a suburb of Chicago, when she was 9 years old. Although she did not like what she felt was the sterility of the new suburb, she came to appreciate the spirit of tolerance at the interfaith church there, and she often referred to the ecumenical nature of her experience with peoples of different faiths. Her father, Lawrence Krell, a teacher and school principal, nurtured her love of learning, encouraged and inspired her to think for herself and to be open and compassionate toward others.

Jeanie attended North Central College in the 1960s, taking several years off to study in Spain and travel throughout Europe. She met her husband, Bill, at North Central, and they married on Feb. 1, 1971. They raised their daughters, Jeni and Neysa, in Knoxville, Tenn., Murfreesboro, N.C., and, from 1978, in Yellow Springs.

Jeanie worked at the Yellow Springs Community Infant Center in the early 1980s, then became the kindergarten teacher at the Antioch School, where she taught for 20 years. She was a remarkable master teacher, a wise mentor to her kindergartners and their parents, and the art of her teaching is legendary. Her knowledge of human development complemented her precise instincts and deep understanding of children, herself and others. With gentle patience and great faith, she demonstrated her belief in children’s abilities, never doing something that a child could find a way to do.

“Being with Jeanie was a safe and fertile place for young children to learn and try things,” stated her colleagues at the Antioch School. “Each child she worked with felt seen. She lived with them with love, respect and joy. Her great wit, intelligence, wisdom and humor were the essence of her teaching. She inspired us all.”

Jeanie was a careful and insightful observer of the human spirit. Spending time with Jeanie, a person came to know that one of the gifts she brought to relationships was her ability to be with people. Her willingness to acknowledge, to honor the value of struggle as highly as success gave her family and friends permission to experience these things themselves and to share them with her. People knew themselves better from being with Jeanie. Her gentle acceptance (not to be mistaken for weakness!) created a kind of graced space around time together; one felt valued, courageous, seen. And this was the grounding, the magic of her mothering, her friendships, her teaching: She saw and believed in each person’s capacity to live the full breadth of their own lives with integrity, and she was a gentle companion on the journey.

Jeanie retired from the Antioch School in 2006. After her retirement, she became more interested in Buddhism, Taoism and Qigong, and she was a member for several years of a local qigong practice group. She loved her garden, and was especially proud of her roses and lilies. She was a watcher of birds and of the changes of the seasons.

Jeanie is survived by her husband, Bill, and two daughters, Jeni, a child psychologist in Portland, Ore., and Neysa, an artist in Spoleto, Italy; two grandchildren, Max and Jack Thayer; one sister, Janet Rugge, of Wildwood, Mo., as well as by other loving relatives from across the country.

A scholarship fund in Jeanie’s name has been established with the Antioch School, and donations to this fund should be sent to the Jeanie Felker Scholarship Fund, The Antioch School, PO Box 242, Yellow Springs, OH 45387. The fund will help to support the education of children who otherwise would not be able to attend the Antioch School. An informal celebration of her life will be held at the Antioch School at 2 p.m. on Saturday, Sept. 29. If the weather is pleasant, please bring a chair or blanket.