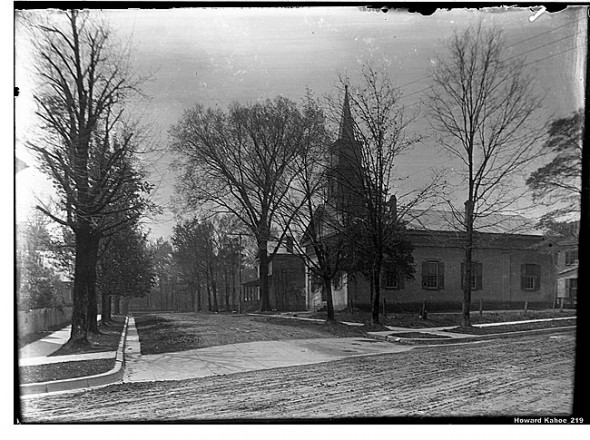 The United Methodist Church at its Winter Street location, as seen from Dayton-Yellow Springs Road in the early 20th century. The photo was developed from a glass negative owned by Howard Kahoe.

The church was founded in 1837, and was originally located at the site where Williams Eatery now stands, moving to its current location on Winter Street around 1900. The day’s festivities will feature a brief play about the early history of the church, as well as a slideshow presenting historical photos of the church and its members throughout the years. Following the service, there will be a potluck lunch downstairs, to which all are invited. Meat, cake and beverages will be provided by the church, and those attending are invited to bring side dishes.

Former members and visitors are invited to attend and see all the improvements made to the church in the last decade. All parts of the church are handicapped accessible.