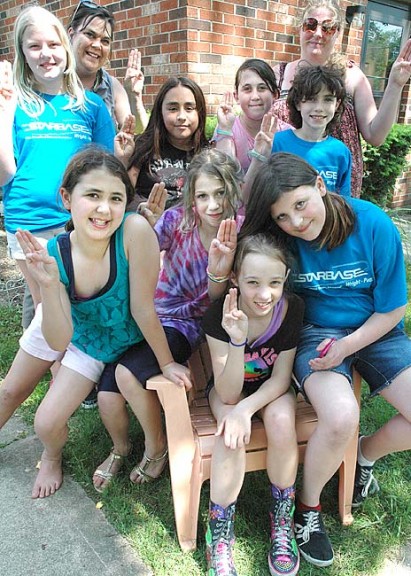 The eight members of local Girl Scout Troop 30349 have organized a community showing of Finding Kind, a documentary about girls bullying girls. The film will be shown at 7 p.m. Friday, May 24, at the Bryan Center gym. The public is invited, and a discussion will follow the film.

The documentary was made in 2009 by two young women, both former victims of bullying, who have shown it to more than 30,000 children in 300 schools nationwide. The film is part of the Kind Campaign. a nonprofit created by the filmmakers.

The troop members, who are fifth-graders in Mills Lawn and the Antioch School, initially handed out surveys at recent “Girls Night Out” events to find if local young people saw girl bullying as a problem. About 90 percent of those who responded said yes.

The scouts said they have witnessed bullying among those they know.

The message to both children and adults at Friday night’s film is the same, according to troop co-leader Wendy Hoff.

“We have a choice, and every day we can choose to be kind,” she said.