The turnover of Village leadership that began last week with the announcement of Manager Laura Curliss’ resignation continues this week, as Village Finance Director Sharon Potter retires from her position. Her last day is Friday, Aug. 30. 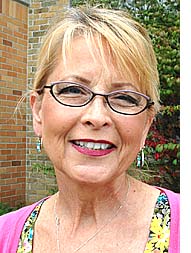 Potter, 57, has worked for the Village for nine years, after serving 19 years in the state auditor’s office in Dayton.

While she is ready to leave, Potter might not have done so quite so soon if not for what she described as “professional differences” with Curliss that caused her to announce earlier this month her plans to retire. She did not know then that Curliss would be leaving, Potter said in an interview this week, and had she known, might not have left so soon. However, her plans are set and Friday will be her last day.

Some of those differences with Curliss related to what Potter saw as her own cautious approach to fiscal leadership and her increasing concerns over maintaining adequate reserves in the budget.

“Laura had an aggressive agenda, but the funding was not there,” Potter said.

However, Potter also said she appreciates the camaraderie with Village staff, and will miss them.

“I’ve loved my time here,” she said. “I’ve made good friends and we looked out for each other. There was a family feeling.”

A Springfield resident, Potter said she enjoyed visiting Yellow Springs before working here. Now, she plans to spend more time with family and friends, and will do more reading and gardening.

Potter said she is proud that she initiated controls over the budget process that had been lacking when she arrived in 2004, allowing her to monitor Village finances regularly. However, that ability to monitor the budget decreased in the past year, as she was put on several special projects initiated by Curliss.

Potter is also proud that during her tenure the Village reserve fund has increased, providing what she believes is a healthy cushion should it be needed. Currently, the Village has $1.8 million in reserve out of a general fund budget of about $3.4 million. That amount is more than the minimum Potter believes is essential for fiscal stability, which is at least 25 percent of the general fund budget.

She was able to increase the reserves by gradually building them up with unused money from other departments, Potter said. For instance, rather than each year putting a set amount into the street or parks fund, as had been the practice, she put into the funds only what was needed and held the rest back for the reserve fund. The street and parks funds are financed out of the general fund.

Potter also helped beef up the reserves by reminding Village employees of the importance of caution.

“I talked about spending a lot,” she said.

Potter presided over Village finances during a difficult time that included the economic recession. While Yellow Springs has come out of the recession better than most municipalities, “I’ve seen fluctuations in revenues,” she said. Most significantly, over the past several years the Village has had to adapt to cuts in state funding, including the loss of the estate tax. While proceeds from the estate tax were never included in the Village budget because they varied greatly from year to year, they sometimes provided a welcome windfall to the budget.

The Village budget during her tenure has also been affected by the decline of some local employers, such as the closing of Antioch College. Currently, Village income tax is down about $250,000 from when she arrived in 2004, Potter said, but she also sees Village income tax beginning to rebound, especially with the re-opening of the college.

“I think the Village has gotten far healthier but our needs are also greater,” she said, stating it’s likely that utility rates will need to rise soon to address capital needs.

The part of her job she will not miss is the budgeting process, which involved working many long hours, including evenings and week-ends. But overall, she felt satisfaction knowing that she was keeping Yellow Springs on an even keel financially.

“I enjoyed my work and took satisfaction safeguarding Village finances,” she said.