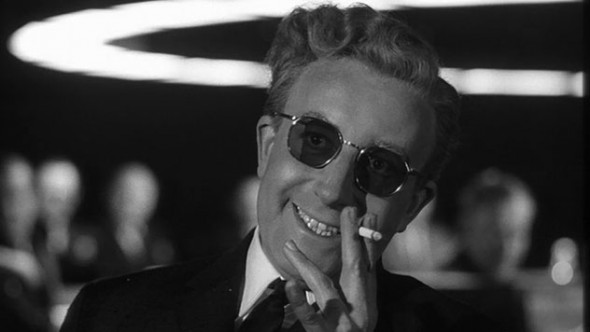 Professor Jon Saari is offering a seminar on Modern Political Film starting Saturday, May 3, at 1 p.m. at Antioch University Midwest, room B105. As a contribution in the new AUM Arts and Lectures Series, the public is warmly invited to attend and take part in the discussions. The seminar is free of charge and may be taken for college credit.

Jon will introduce and screen eight great flicks that hit on the the ways in which politicians and rhetorical artifice affect our lives — and theirs — and what happens when — whoops — the truth comes out. But the narratives of these unique films are complex and nuanced, each offering a shrewd if not satiric look at both the display of power and its manipulation by unseen interests.

Participants will not only see examples of fine filmmaking, but also share in discussions on the themes and issues, characters and performance, the role of direction and cinematography and how well political critique is threaded into film. Viewers will also walk away with some critical concepts for film analysis that all film buffs need to know.

May 3: Dr. Strangelove: How I Leaned to Stop Worrying and Love the Bomb. Director, Stanley Kubrick. Actors, Peter Sellers, George C. Scott, Sterling Hayden, Keenan Wynn, 1964. This satire of a nuclear holocaust the U.S. president and his military generals try to stop, centers on the versatile talent of Peter Sellers, who plays multiple roles.

May 17: Bulworth. Director, Warren Beatty. Actors, Warren Beatty, Halle Berry, Oliver Pratt, Jack Warden, 1998. A burned out liberal senator from California arranges for an assassin to kill him, but changes his mind after meeting Nina (Halle Berry). He incorporates hip-hop music and culture to speak directly and truthfully to voters in his re-election campaign.

June 14: The Contender. Director, Rod Lurie. Actors, Joan Allen, Gary Oldman, Jeff Bridges, Christian Slater, Sam Elliott, 2000. A female senator runs into difficulty when a senator pulls out all the stops to undermine her appointment by using deception, false information, and manipulation. He does all he can to derail her appointment to become the first female vice president.

June 21: The Lives of Others. Director, Rorjan Henckel von Donnersmarck. Actors, Ulrich Muhe, Martina Gedeck, Sebastian Koch, 2006. In 1984 in East Germany, a popular dramatist and his female lover and actor are intellectual luminaries. The minister of culture becomes interested in the playwright’s lover; he recruits a Stasi underling to spy on the couple, but the results take an unexpected twist.

June 28: Hannah Arendt. Director, Margarethe von Trotta. Actors, Barbara Sukowa, Axel Milberg, Janet McTeer, 2012. In this biopic German-Jewish philosopher and political theorist Hannah Arendt stirs up a political hornet’s nest when she covers the trial of Adolf Eichmann for the New Yorker and articulates her controversial and divisive concept of “the banality of evil.”

Questions about the film series may be directed to Jim Malarkey, chair of Humanities, AUM, 769-1872 or jmalarkey@antioch.edu.