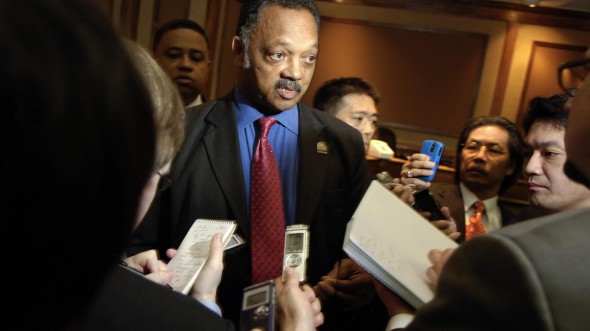 The Wilberforce University 2014 Commencement event will feature civil rights activist Reverend Jesse Jackson, Sr. and Bishop Reginald T. Jackson, the 132nd Bishop of the African Methodist Episcopal Church. The public is invited to hear both speakers on Saturday, May 3, beginning with the Baccalaureate address at 10 a.m. by Bishop Reginald Jackson, followed by the commencement keynote by Rev. Jesse Jackson at 2 p.m. Both events take place at Wilberforce’s Alumni Multiplex building, east of N. Bickett Road. 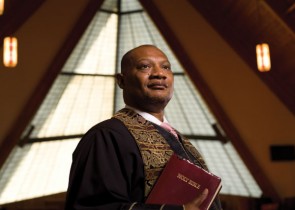 According to the Wilberforce website, Reginald Jackson is assigned to the Twentieth Episcopal District (Malawi and Zimbabwe) and as the Ecumenical and Urban Affairs Officer and Chair of the Social Action Commission. In addition to his pastoral responsibilities, he has served on the board of trustees of Essex County College and the Barnabas Health System. He has consistently been named one of the “Twenty Five Most Influential People in New Jersey.”

In addition to his pastoral responsibilities, Reginald Jackson serves as the executive director of the Black Ministers’ Council of New Jersey which represents more than 600 African American churches in that state. In that role Jackson has pressured the state to increase funding for poor school districts and the uninsured, to end predatory lending and to further develop urban areas around New Jersey.

He is best known for his leadership in the fight against racial profiling and reform of the New Jersey State Police.

Reverend Jesse Jackson is a national equality and civil rights leader who twice ran for U.S. president in the 1980s. Jackson is the founder of the Rainbow PUSH Coalition (RPC), which advocates for economic and educational parity to promote peace and justice around the world. For his lifetime commitment to social justice issues, in 2000, President Bill Clinton awarded Jackson the Presidential Medal of Freedom, the nation’s highest civilian honor.

According to the Rainbow PUSH website, Jackson began his activism as a student in the summer of 1960 as an organizer for the Southern Christian Leadership Conference (SCLC) and was soon appointed by Dr. Martin Luther King Jr. to direct the Operation Breadbasket program.

Jackson founded Operation PUSH in Chicago in 1971 to expand educational and business opportunities for the disadvantaged and people of color. A decade later he founded the National Rainbow Coalition, a social justice organization based in Washington, D.C devoted to political empowerment, education and changing public policy. The two organizations later merged into Rainbow PUSH.

In 1997, Reverend Jackson was appointed by Secretary of State Madeleine Albright as “Special Envoy of the President and Secretary of State for the Promotion of Democracy in Africa.” He has also acted as an international diplomat in sensitive situations, for example, securing the release of 48 Cuban and Cuban-American prisoners in Cuba in 1984, and negotiating same for U.S. soldiers held hostage in Kosovo in 1999.

More recently Jackson has pushed the causes he believes in on television and radio, hosting “Both Sides With Jesse Jackson” on CNN from 1992 to 2000 and writing a weekly column, which is syndicated by the Chicago Tribune/Los Angles Times. He has also authored several books.

For his work in human and civil rights and nonviolent social change, Reverend Jackson has received more than 40 honorary doctorate degrees and in 2010 was inducted into England’s Cambridge Union Society.