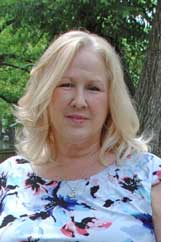 A teacher at the Yellow Springs Community Children’s Center said this week that YSCC Director Marlin Newell was fired by the board of trustees on Monday, Aug. 18. Newell had been on vacation, teacher EJ Waskiewicz said, when two board members asked her to sign a termination letter. Newell asked that Waskiewicz act as a witness to the event.

Newell did not return phone calls on Tuesday.

Board members declined to comment on the status of Newell’s employment or the reason for her alleged dismissal. However, Board President Callie Cary submitted a statement that the board is “in the process of securing the placement of an Interim ED and has begun an intensive search for a new Executive Director with proven strengths particularly within fundraising, marketing, enrollment management, and strategic entrepreneurial initiative creation.”

Newell has worked at YSCC for 25 years both as a teacher and for the past seven years as director.

Some parents, including Stephen Siff, were surprised and dismayed about the news, which they received by word of mouth from center staff when they brought their children in to school on Tuesday. The board had sent a letter to parents the previous week stating that the YSCC had “struggled against declining enrollment, which has challenged its fiscal viability” and that the “board has determined that restructuring is essential for the organization to continue.” The full letter is also printed in this week’s paper on the “Opinion” page. The letter contains nothing about Newell’s dismissal.

Some staff members expressed disappointment in the board’s decision and confusion about why they were not informed of the board’s actions. According to Waskiewicz, who has been acting as the staff liaison and attending board meetings since February, relations between Newell and the board have been strained for nearly a year. Sometime in late winter, board members told Newell that they would begin evaluating her performance based on new criteria, including her grant-writing and fundraising capacity, things she had never before been expected or asked to do, Waskiewicz said. Then in the spring, before she had what Waskiewicz felt was ample time to accomplish her new mission, the board gave Newell a very poor evaluation.

In the statement this week, Siff confirmed that event based on a conversation he had with Newell Tuesday.

“In March, Newell received a highly negative evaluation from the board based on a criteria borrowed from a large daycare in North Carolina that was run by a director with a Ph.D. and a large staff,” Siff wrote. “Trustees were particularly critical of Newell for not being a better fundraiser for the center.”

According to Waskiewicz, he and other staff members felt that the evaluation was unfair.

“In a proper evaluation, I would think you would need to give someone at least a year to complete the goals you’ve set forth,” he said this week. “But Marlin hadn’t been afforded the time to do the fundraising.”

In addition, according to Waskiewicz, the evaluation process did not include input from teachers and parents — a departure from the previous process which solicited outside feedback. Still, in the absence of such input, the most current evaluation assessed Newell’s relationship with staff in a negative way, Waskiewicz said. But had the board actually asked staff about their relationship with Newell, Waskiewicz would have given her a “glowing review,” he said.

“Marlin is awesome,” he said.

As a parent, Siff also believes Newell is good for the center because “her focus is on the children and her staff, not on external fundraising,” he wrote in his statement:

“Newell calls the children ‘honey.’ At the end the end of the day, a stream of children run into her office for a hug and to pick out a balloon from a basket on her bookshelf. She offers parents in difficult situations help outside of the children’s center. In our case (Stephen and Sarah Siff) when we were new to the area and expecting our second child, she offered to come to our house and watch our 2-year-old if we had to rush to the hospital, even in the middle of the night. Outside center hours, she goes to the birthday parties of children at the center and even high school graduation parties of center alumni. (I have seen her at both this summer.)”

Waskiewicz estimated that the difficulty between the administration and the board began about a year ago, when enrollment began dropping significantly. According to Siff, the center is licensed for 125 children but has closer to 50 children in attendance. Waskiewicz joined the board because he thought he could help with some fundraising ideas. And indeed, the center does have a new fundraiser, Hunt the Cyclops, planned for the fall. But perhaps it was too little too late.

In the end, Waskiewicz believes that enrollment numbers are the root cause of the communication problems — that and the fact that none of the board members currently has children enrolled at the center. This, despite the board’s bylaws, which state that at least three trustees shall be parents of children enrolled at the school, according to Siff.

“I respect everyone on the board and I believe they were doing what they truly felt was best for the center,” Waskiewicz said.

According to Waskiewicz, Newell’s last official day is Aug. 31, and an interim director for YSCC has not been named.