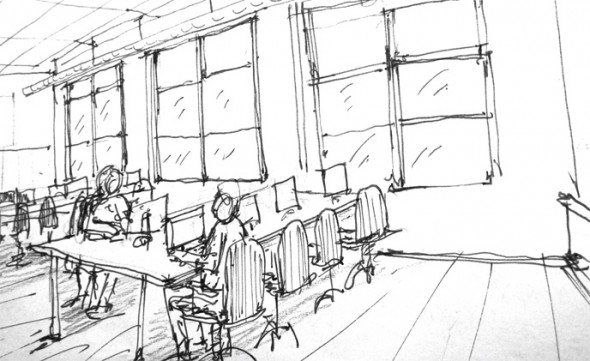 Last summer local parents Toylin and Basim Blunt were looking for a place their son Malcolm could go to learn computer programming code. The closest places? Cleveland and Pittsburgh. “Ridiculous,” they thought. So instead, they decided to start a group of their own — the Yellow Springs Code Academy.

Though neither one is a programmer, they invited a bunch of professionals from Yellow Springs to join their board, purchased a bevy of laptops and Kano computer kits, and set up shop for business. This Saturday, April 4, from 1–4 p.m. the Code Academy will host a meet and greet for both students and parents interested in learning more about programming. The event takes place at the academy’s temporary home in the Kettering Science Building at 150 East South College St.

YS Code Academy classes are geared toward youth ages 4–13, or kindergarten through eighth grade. Each class is limited to a handful of students and an instructor for individualized attention. The classes include Code Ninja: Intro to Computer Science; Code Warrior: creating programs to solve problems and develop interactive games; Code Builder: follow-up to course 2; The Kano Krew: making programs and games with a Kano coding kit, based on the Linux operating system used with the International Space Station.