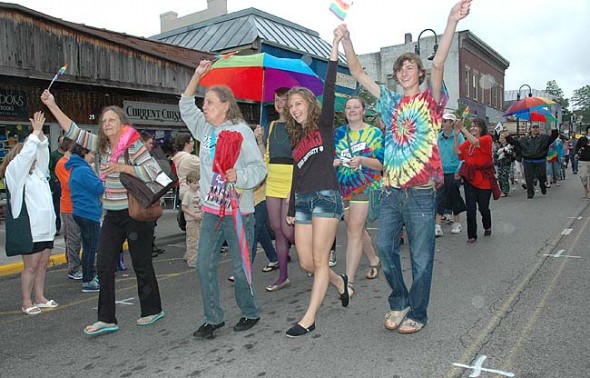 The event, which honored the local LGBTQ (lesbian, gay, bisexual, transsexual and queer) community, followed Friday’s historic Supreme Court decision that legalized gay marriage in all 50 states. On Saturday, the Pride event started out with a family-friendly picnic, followed by singer Tracy Chapman and a keynote speech by Rev. Aaron Saari of the First Presbyterian Church. A documentary on the Rubi Girls of Dayton was shown at the Little Art Theatre, followed by an appearance by the Rubi Girls at Peach’s Grill at 10 p.m.