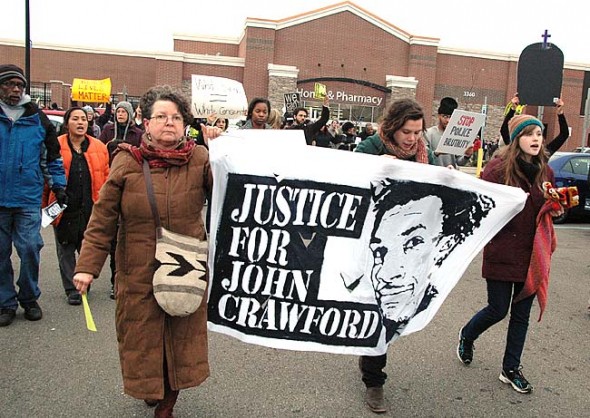 Organizers of the Miami Valley Black Lives Matter group will hold a die-in at the Beavercreek Walmart on the first anniversary of the death of John Crawford III, who was shot and killed by police a year ago in the store when Crawford was holding a toy gun.

“We join together to celebrate his life, mourn his death, but also bring attention to the fact that it has been a year and still no one has been held accountable for his death,” a press release for the event states.”We will stand united once again with the same demands we had a year ago, the accountability in the deaths of all black men and women who have been killed at the hands of police.”

The die-in begins at 6 p.m. on Wednesday, Aug. 5 at the Beavercreek Walmart, 3360 Pentagon Blvd. across the street from the Fairfield Commons Mall in Beavercreek. The event, which will include singing and chanting, will take place in the pet products aisle where Crawford was killed.

Crawford, 22 years old when shot, was shopping in the store when he was killed. The officer who shot him, Sean Williams, was found innocent of any wrongdoing by a grand jury and remains a member of the Beavercreek Police.