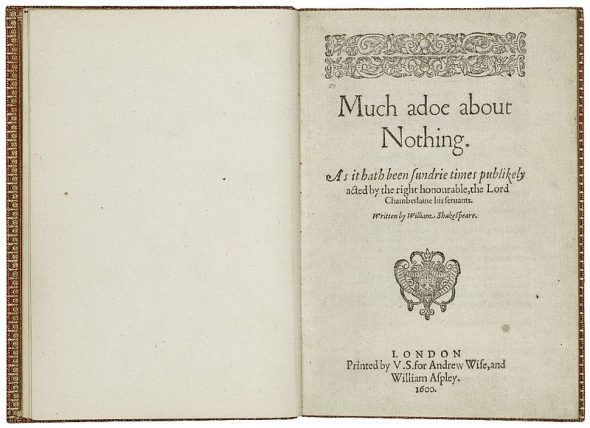 Auditions slated for YSTC’s ‘Much Ado About Nothing’

The YS Theater Company plans to stage a performance of Shakespeare’s classic comedy “Much Ado About Nothing” this summer, and will hold auditions for the production in the next several days. All interested parties are invited to audition on Saturday, April 23, 1–3 p.m., and Monday, April 25, 7–9 p.m. Auditions will be held at Antioch University Midwest.

People of all ages, genders, ethnicities and experience levels are welcome to audition, and prior experience with performing verse is not required. Those planning to audition are asked to come prepared to read from the script and sing eight to ten bars of a folk song.

One of Shakespeare’s most popular comedies, “Much Ado About Nothing” is the tale of soldiers who return from the battlefield, only to engage in a battle of tongues with would-be lovers. The YSTC production will be directed by Lorrie Sparrow-Knapp, who has chosen to set the play in the Civil War era. According to a press release sent by YSTC yesterday, the action will take place “after the battles of Gettysburg and Vicksburg. Ohio regiments return home to Messina, Ohio, heady on the victories of the Union and eager for the end of conflict. Love, laughter and intrigue are the happy order of the day for Hero and Claudio, while Benedick and Beatrice prove equals in wit, but hopeless romantics over each other.”

Rehearsals will begin in mid-May and will be held at Antioch Midwest. Visit the YSTC Facebook page at http://www.facebook.com/ystcohio or call 937-708-1255 for more information about upcoming auditions, productions or ticket information.